The Visitations Of Cornwall

This is one of the oldest and most significant memorials in the islands. As you approach from Old Town Bay, past the Cornish Stile, it has been set into the outside wall of the Churches south wall. Probably placed here during the rebuild in 1830. The slate is in an amazing state of preservation and it is possible, due to the dimensions, that this plaque was cut to fit into an inside wall, rather than act as a gravestone. Troutbeck says that this stone which must have cost a considerable sum, should be taken more care of!![7]

Francis (Francys) was the wife of one of Scilly's early governors, Lieutenant-Colonel Joseph Hunkyn Esq. She was born in Hornacott Manor at Beardon in the parish Boydon. Beardown Manor was the home of the Lovies (or Loveys) a family of Ogbeare who founded it in 1600. It ceased to be a manor in 1800. [7]

There is a Gatherley Farm at Lifton, Devon and there is a John Hunkyn (gentleman) recorded during a 'Visitation of Cornwall' at Gatherley in 1620. He had a ten year old son Joseph in 1630 (should be 1620). Joseph's mother was Grace Cloberie. [1] The start of Joseph's Governorship was in 1651 and ceased in 1660 on account of the Restoration. He presided over the construction of Cromwells Castle. He is also recorded in the Acts and Ordnances of the Interregnum 1642 - 1657 as a commissioner for Devonshire for December 1649, December 1652 and, the latest, June 1657. [2][7]

A Sir Francis Godolphin, once more, became Lord Proprietor of Scilly in 1660. Current research suggests that Joseph Hunkyn may have died c. 1661.[7]

TO THE MEMORY OF FRANCYS, THE WIFE OF JOSEPH HVNKYN OF GATHERLY IN THE PARISH OF LIFTON IN DEVON\GOVERNOVR OF THE ILAND OF SILLY. SHE WAS THE DAVGHTER OF ROBERT LOVYES OF BEARDON IN THE PARISH OF BOYDON IN CORNWALL ESOV(ESQ) SHE DYED THE 30 DAY OF MARCH 1657 ABOVT THE 46? YEER OF HER AGE[7]

Blest Soul thy race is run whilst we behind Strive for that crown WCH thou prepar'd didst find By Christ for thee, here shall thy body rest Till with thy soul it be for ever blest[7]

Thank you to Deborah West for creating WikiTree profile Loveys-3 on Mar 26, 2013.

Is Francys your ancestor? Please don't go away!

ask our community of genealogists a question.
Sponsored Search by Ancestry.com
DNA
No known carriers of Francys's DNA have taken a DNA test. 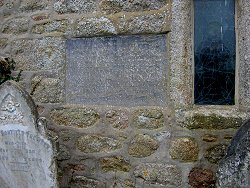 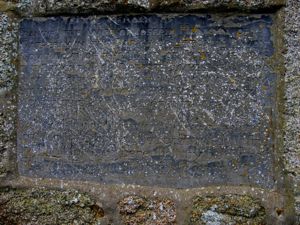 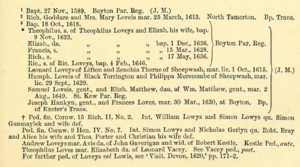 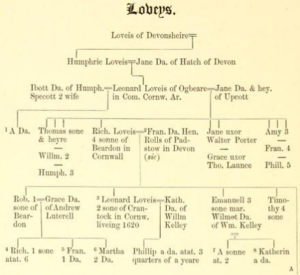 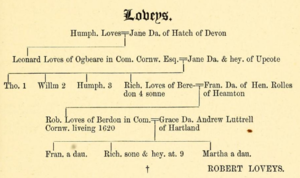 Francys is 20 degrees from Jaki Erdoes, 16 degrees from Wallis Windsor and 9 degrees from Henry VIII of England on our single family tree. Login to find your connection.