Dora was born about 1900 in Wisconsin. Although her name at birth was "Lowe", her actual father was King [of] Thunder, who had an affair with her mother Mary T. Lowe (née Decorah). (Iowa Mar.)

Since she was always known by her birth order name, her Hocąk clan name is not known. Her name was given as UkSeKaHoNoKah (1910 census), which is for Aksīgaxųnųga, which means "Fifth Daughter".

Her marriage license to William Smith showed that her actual father was King [of] Thunder, a well known person among the Wisconsin Winnebago. She, however, gave her name as "Miss Dora Lowe," the surname being the married name of her mother, Mary T. Lowe. Mary is found living between George Lowe and King Thunder. (1895 Wisc. census) However, King of Thunder was a Lowe, being the brother of George Lyon-Lowe, but in practice never used that surname. Later censuses describe Dora's mother Mary as a "des[erted] wife". In fact, she was one of the wives of King of Thunder. The Anglo authorities tried to suppress multiple marriages, forcing the husband to "desert" one of his wives. However, the living arrangements and the fathering of Dora and her many siblings are clear evidence that he had not abandoned Dora's mother.

Her first marriage was to William Smith in 1926. (Iowa Mar.)

Dora had an affair with someone named "Bear" with whom she had a son,

It is not clear that she had any children with William Miner.

Is Dora your ancestor? Please don't go away!

ask our community of genealogists a question.
Sponsored Search by Ancestry.com
DNA
No known carriers of Dora's ancestors' DNA have taken a DNA test. 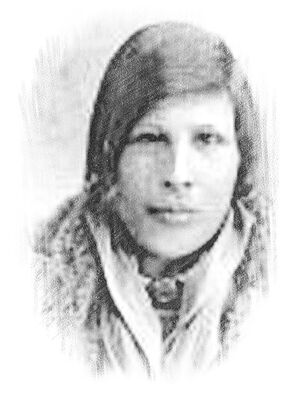