He enlisted as Apprentice Seaman in the US Coast Guard at Detroit on August 29, 1942 (age 20 years old). He completed courses in Radio Engineering and Maintenance at Buffalo, NY, Groton, CT., and Seattle, Wash. The active duty was on vessels and stations especially in Attu, Alaska and Hobe Sound, Fl (Loran Station). Roy saw no combat in Europe or Asia. He gained honorable discharge as Electronic Technicians Mate Second Class at Savannah, Ga. (age 24 years old). His active duty was from August 29, 1942 to April 5, 1946.

He came to live permanently in Stuart, Martin Co., FL in 1946 and marrying a local girl.[1]

From 1947 to 1970 his had his own road construction company. From 1969 to 1984 he developed, owned and operated Lucky's Flea Marktet and Storage on 10 acres south of Stuart. It was a highly successful outdoor flea market.

Is Roy your ancestor? Please don't go away!

ask our community of genealogists a question.
Sponsored Search by Ancestry.com
DNA
No known carriers of Roy's DNA have taken a DNA test. 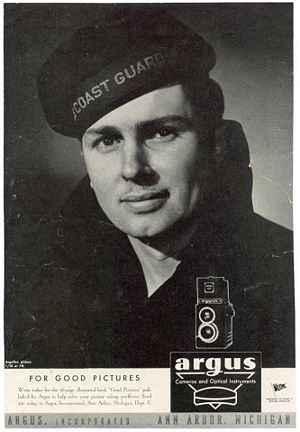