American author of 27 thriller novels. The number of copies of his books in print is estimated between 290 million and 500 million. Ludlum's novels were often inspired by conspiracy theories, both historical and contemporary. Many of Ludlum's novels have been made into films and mini-series.

Ludlum was born in New York City, the son of Margaret (née Wadsworth) and George Hartford Ludlum. His maternal grandparents were English. Ludlum died on March 12, 2001, at his home in Naples, Florida, while recovering from severe burns caused by a mysterious fire which occurred on February 10. 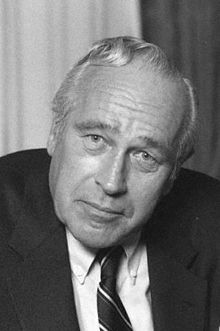