George Lyon aka Lowe
Born about 1869 in Wisconsin, United States

His Hocąk name was given as AhHaZheeKah, which is for Āhāžīga, "Brown Arm Skin", from ā, "arm"; hā, "skin, hide, pelt"; žī, "brown", and -ga, a definite article suffix used in personal names.

Since he appears in the census of 1921, his death was after that date. 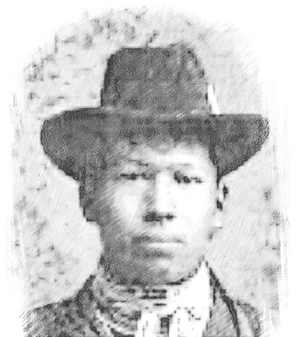