John (Lyon) Bowes is a member of Clan Lyon.

John Lyon was a member of the aristocracy in British Isles.

The Earl was the son of Thomas Lyon, 8th Earl of Strathmore and Kinghorne, and his wife, the former Jean Nicholsen. In 1767, he married the heiress Mary Eleanor Bowes, and as per the stipulations of the will of the father of the bride, assumed his wife's name of Bowes. This change of name required an Act of Parliament. The two had five children:

From 1 October 1767 and until his death, he sat as a Scottish Representative peer in the House of Lords. On 7 March 1776, Lord Strathmore died of tuberculosis whilst at sea on his way to Portugal. 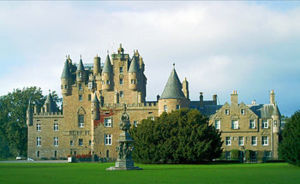 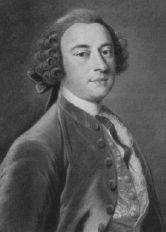 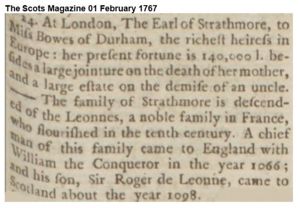