Caution: Relationships between historical figures could have been simplified or even fabricated in some sources to give the impression that succession remained within the same family. In this period in Scotland succession was determined by Tanistry and not primogeniture. Please take care with source material.
The Birth Date is a rough estimate. See the text for details.

Constantine II (MacAlpin) of Scotland is a member of House of Alpin.

When his father, Aedh, was murdered, Constantine and his brother, Donald, fled to Ireland where he was brought up by monks surrounded in Gaelic culture. [2]

There is considerable conjecture regarding the events of his life. Much of this is discussed in Medlands[3] It is generally accepted that he succeeded his cousin, Donald mac Constantin as King in 900 and is thought to have reigned 43 years. Genealogists should note that succession in Scotland in the period was based on the laws of Tanistry and not primogeniture.[4]

His reign, likely based on his experiences as a child in Ireland, is responsible for the gaelicisation of Pictland, including his patronage of the Irish Céli Dé (Culdee) monastic reformation. During his reign the words "Scots" and "Scotland" (Old English: Scottas, Scotland) are first used to mean part of what is now Scotland. The earliest evidence for the ecclesiastical and administrative institutions which would last until the Davidian Revolution also appears at this time. He is also the one thought to be responsible for the division of Alban, or Albania, into seven provinces, or mormaerdoms.[5]

The Battle of Brunanburh. King Æthelstan was successful in securing Constantine's submission in 927 and 934. However Constantine formed an alliance with the Strathclyde Britons and the Viking king of Dublin in 937 and invaded Northumbria. The northern alliance was defeated by Æthelstan at the battle of Brunanburh. An account of the battle is provided in Celtic Scotland.[6]

Following this defeat he was persuaded to abdicate by Malcolm, son of Donald, and retired to the Céli Dé (Culdee) monastery of St Andrews where he died in 952. He was succeeded by his predecessor's son Malcolm I (Máel Coluim mac Domnaill). As mentioned by Skene: "Five years after this great defeat, Constantin, worn out with age and disappointment, resigned the throne for the pilgrim's staff, and committed the kingdom to Malcolm, the son of his predecessor Donald, who was entitled under the Tanistic law to succeed him."[7]

The name of Constantine's wife is not known. They had children:[9]

And read more about Constantine in Alan Anderson's EARLY SOURCES OF SCOTTISH HISTORY, and Alfred Smyth's WARLORDS AND HOLY MEN, and online at electricscotland.com (written for wikitree by Catherine Evans)

Is Constantine II your ancestor? Please don't go away!

ask our community of genealogists a question.
Sponsored Search by Ancestry.com
DNA Connections
It may be possible to confirm family relationships with Constantine II by comparing test results with other carriers of his Y-chromosome or his mother's mitochondrial DNA. Y-chromosome DNA test-takers in his direct paternal line on WikiTree: 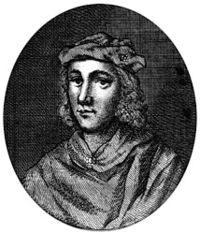