Cormac Ulfhada, Cormac long beard (also known as Cormac mac Airt or Cormac ua Cuinn) began his reign in the year 0226 and was the 115th monarch in the line of Heber, the wisest, most learned and best of any that ruled the Kingdom of the Milesian race in Ireland before him. He ordained very good laws, wrote several learned treatises, amoung which his treatise of Kingly government dictated to his son Carbre is yet extant and extraordinary. [1] [2]

He was very magnificent in his housekeeping and attendants, having always 1150 persons in his daily retinue constantly attending at his great hall in Teamhair, which was 300 foot long, 30 cubits high and 50 cubits broad, with 14 doors to it. His daily service of plate, flagons, drinking cups of gold, silver and precious stone, at his table, ordinarily consisted of 150 pieces, besides dishes, etc., which were all pure silver or gold.

He ordained that 10 choice persons should constantly attended him and his successors, Monarchs of Ireland, never to be separate or absent form him, viz., :1) a nobleman to be his companion
2) a judge to deliver and explain the laws of the country in the king's presence upon all occasions
3) an antiquary or historiographer to declare and preserve his genealogies, acts and occurances of the nobility and gentry from time to time as occasion required
4) a druid or magician to offer sacrifice and presage good or bad omens, as his learning, skill or knowledge will enable him
5) a poet to praise or dispraise everyone according to his good or bad actions
6) a physician to administer physick to the King and Queen and to the rest of the family
7) a musician to make music and song, pleasant sonnets in the King's presence when thereto disposed; and
8) three stewarts to govern the King's house in all things appurtaining thereto.

This custom was observed by all the succeeding monarchs down from Cormac without any alteration, only that since they received the Christian faith they changed the druid or magician for a Prelate of the church.

What is besides delivered from antiquity of this great Monarch is that which amoung the truly wise is more valuable than any worldly magnificence or secular glory whatsoever. He was to all mankind very just and so upright in his actions, judgments and laws that God revealed unto him the light of his faith, seven years before his death and from thence forward refused his druids to worship their idol gods, and openly professed he would no more worship any but the true God of the Universe, the immortal and invisible King of Ages. Whereupon those priests of druids sought his destruction, which they soon after effected (God permitting it) by their necromantical adjurations and ministry of damned spirits from hell; choking him as he sat at dinner eating salmon, some say by a bone of the fish sticking in his throat, A.D. 266, after he had reigned 40 years.

He had three sons, Darius, Cairbre and Ceallach, but no issue is recorded from any but Cairbre. He had also ten daughters, but no account of them, only two, Grace or Grania and Ailbhe, who were both successively the wives of the grand champion and general of the Irish Militia, Finn, the son of Cubhall.

Cormac's wife, Eithne, was the daughter of Dunlong, King of Leinster.

Cormac, son of Art, son of Con Cead-Catha (Hundred Battle) enjoyed the sovereignty of Ireland through the prolonged period of forty years, commencing from A.D. 213. During the latter part of his reign, he resided at Sletty on the Boyne, being, it is said, disqualified for the occupation of Tara by the personal blemish he had sustained in the loss of an eye, by the hand of Angus "Dread-Spear," chief of the Desi, a tribe whose original seats were in the barony of Deece, in the county of Meath. [3] 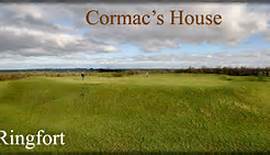 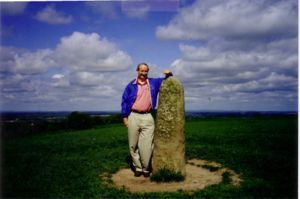 Bob Keniston Jr.
This profile has been identified as a possible duplicate by Bob Keniston, an Arborist. Please review the unmerged match - bottom of the profile on the left. If they are duplicates, please merge. If you have questions or would like assistance please ask. Thank you.
posted Jan 12, 2014 by Bob Keniston Jr.