James MacDonald is/was a significant Ontarian .
In the 58 years since I first met him, my admiration and respect for this gentle, sincere man and his work has steadily increased. He was the complete artist in everything he did, never doing anything shoddy because of insufficient time or payment. He had a high standard and maintained it in everything. As much effort went into the Christmas decorations for the Arts and Letters Club as he would expend for an important painting.

The painter J.E.H. MacDonald was a founding member of the Group of Seven, who pioneered a distinctly Canadian painting style in the early 1900s. He was also a graphic designer, art teacher, poet and calligrapher.[2]

Born in 1873 in Durham, England, James was the son of William MacDonald, a cabinetmaker, and his wife Margaret Usher. The MacDonalds emigrated to Hamilton, Ontario, in 1887. Two years later they relocated to Toronto, where James studied art at the Central Ontario School of Art and Design.[3][4]

On May 12, 1899, he married Joan Lavis in Swansea, York, Ontario.[5][6] At that time he worked as a commercial artist at Grip Printing and Publishing Co. in Toronto. In 1902 they moved to London, where James worked at Carlton Studio until 1907. They returned to Toronto and he worked again at Grip until 1912 when he resigned to paint full time. He was a member of the Arts and Letters Club, the Ontario Society of Artists and the Royal Canadian Academy of Arts.[7]

In 1922 he accepted a teaching position at the Ontario College of Art in Toronto. In 1928 he became its principal.[8]

He died of a stroke in Toronto in 1932 and was buried at Prospect Cemetery, Toronto. He was survived by his wife and their son, Thoreau, an artist and book illustrator.[9] 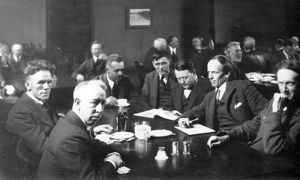 "Canada and the Call" by J.E.H. MacDonald 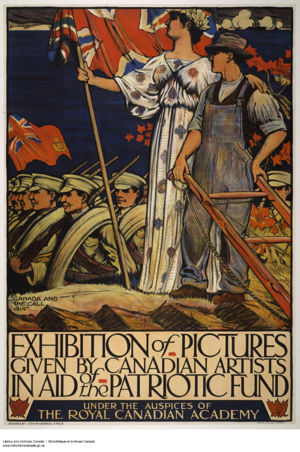 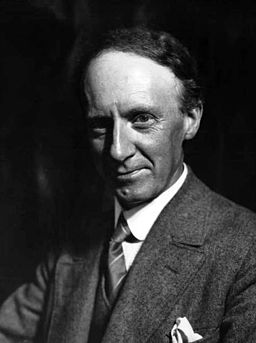