Robert "Rob Roy" MacGregor was a famous Scottish folk hero and outlaw of the early 18th century, who is sometimes known as the Scottish Robin Hood. 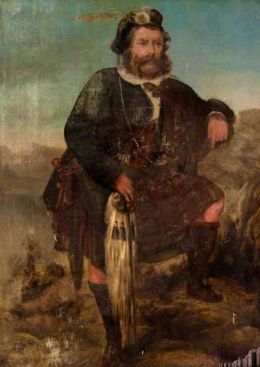 Robert MacGregor is a member of Clan MacGregor.

Robert "Rob Roy" MacGregor was born in 1671 in Loch Lomondshire and was the youngest son of the 15th "chief of the MacGregors" "Children of the Mist." His father was Donald MacGregor of Glengyle, a man who served, it was said, as a lieutenant in the army of James VII. His mother was of the Campbells of Glenfalloch and Rob himself was Laird of Inversnaid. He is also known to have owned the property of Craig Royston, which lies on the east side ofLoch Lomond. Even in the times of The Bruce, the area around Loch Lomond was Clan Gregor land.

Not much is known about Rob Roy's life, but a popular belief is that he took the lead in an incident called the "Hership" or "Devastation of Kippen" in 1691, he lived under the protection of the Graham, Duke of Montrose, and followed the fairly respectable career of cattle dealer. At that time, what little money was to be made in the Highlands mainly came from the selling of black cattle to the Lowland areas and England, and considerable fortunes could be made in this way,Rob soon developed a sound reputation and became known as a man who could get his clients a fair price for their cattle, and was renowned as an honest man into the bargain. In the years then between 1691 and 1712, Rob led a fairly prosperous life and Graham, Duke of Montrose confirmed upon him the rights to the properties of Inversnaid and Glengyl, which of course were already Clan Gregor territories.

Five years after the Act of Union was passed between the countries of Scotland and England thus creating what became the "United Kingdom" (technically Scotland and England now ceased to exist – at least that is how it was meant to be), the cattle trade underwent severe depression. The times were hard in 1712 and many went hungry in the highlands. Rob himself had been cheated by a client of his, and found himself out of pocket Rob had been given the sum of 1,000 pounds by his clients one of these was Montrose, his protector faced with many difficulties, both financial and also how to feed his clan, as famine had come to Scotland that year amongst other things

Robert "Rob Roy" MacGregor (alias Campbell). together with his father, Donald Glas MacGregor (alias Stewart) joined the Space:Jacobite_Risings_in_Scotland|Jacobite Rising] led by Viscount Dundee, a.k.a. Bonnie Dundee. Rob Roy was badly wounded at The battle of Glen Shiel in 1719, in which a British army defeated a Jacobite and Spanish expedition that intended to restore The Stuart monarchy. He waged a private blood feud with the James Graham, 1st Duke of Montrose who had seized his lands for nonpayment of a loan of money which disappeared along with Rob's chief cattle herder

Graham, Duke of Montrose immediately took action and confiscated MacGregor's lands, forcing his wife and family out in the process from the house they occupied from that day on, there would be no more peace between MacGregor and Montrose being that his mother had been a Campbell and indeed his wife was of that clan, Rob sought the protection of the Duke of Argyll this was a logical move to make, as the Campbells and Grahams had forever been in feud, and both had many scores to settle with one another.Rob Roy waged a private blood feud against the duke until 1722, when he was forced to surrender he was later imprisoned, he was finally pardoned in 1727 Rob Roy died in his house at Inverlochlarig Beg, Balquhidder, on 28 December 1734

A time line of MacGregor History 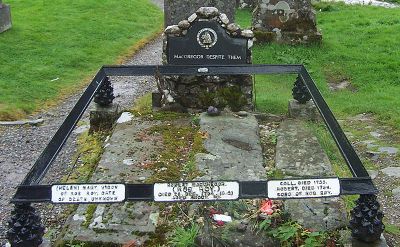 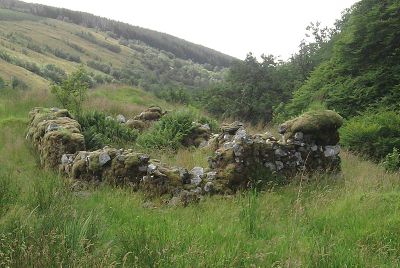 Sponsored Search by Ancestry.com
DNA Connections
It may be possible to confirm family relationships with Robert by comparing test results with other carriers of his Y-chromosome or his mother's mitochondrial DNA. Y-chromosome DNA test-takers in his direct paternal line on WikiTree: It is likely that these autosomal DNA test-takers will share DNA with Robert: 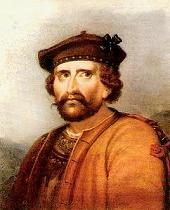 Robert is 12 degrees from Jaki Erdoes, 15 degrees from Wallis Windsor and 8 degrees from Henry VIII of England on our single family tree. Login to find your connection.