Stephen Mack was a fur trader credited with founding the town of Rockton in Winnebago County.

Stephen was born in 1798 in Vermont. He was the son of Stephen Mack and Temperance Bond. [1]

His father was engaged in the mercantile business and was the first English speaking merchant in Detroit. In 1819 Stephen joined his father in the business in Detroit.

Shortly after that, he joined a government expedition to Great Lakes. He came into contact with some fur traders where he learned of good trading opportunities in Illinois. He worked for a fur trader named LeSallier at his trading post by the Rock River in Olgle County.

While he was there he met a Winnebago (Hochunk) woman Hononegah (Xųnųnika), the daughter of "Blacksmith." Although his wife Hinuga was Winnebago, Blacksmith was part Potawatomi. [2] In 1829, Stephen and Hononegah married in accord with the Indian custom, but concerns for the legal standing of their children as heirs led them in 1838 to take out a marriage license, and to finally have a formal Christian wedding in 1840. [3]

In 1835, after the Black Hawk War, Mack founded the town of Pecatonica where the Pecatonica River flows into the Rock River in Winnebago County. It came to be known as Macktown.

In 1845 he tried to interest Beloit College in establishing a school in his settlement. They chose Rockford instead. He still established a school in the second story of a house. He insisted girls, as well as boys, be allowed to attend. He also opened the school to Winnebago children.

In 1847 Hononegah died. Stephen wrote to his sister:

"Her funeral proved that I am not the only sufferer by her loss. My house is large, but it was filled to overflowing by mourning friends who assembled to pay the last sad duties to her who had set them the example how to live and how to die." Years later William C. Blinn related that after Hononegah's funeral, "a little knot of neighbors were speaking of the loss. George Stevens, the postmaster, one of the parties, said most impressively, 'The best woman in Winnebago County died last night', the neighbors all nodding in agreement." [5]

According to H. F. Kett's editors, the marriage was not a happy one: "She robbed him whenever occasion offered, and finally set fire to their house while she was under the influence of opiates, the use of which she was a great slave." [7]

He was buried with his first wife Hononegah and a son near the Macktown golf course clubhouse. This site is presently marked by a boulder and commemorative plaque. By 1880 the cemetery site was in such bad condition that the remains of Stephen, Hononegah and their son were exhumed and moved to Phillips Cemetery in rural Rockton Township until when they were once again moved to their present location near their house in Macktown Forest Preserve. [10]

ask our community of genealogists a question.
Sponsored Search by Ancestry.com
DNA Connections
It may be possible to confirm family relationships with Stephen by comparing test results with other carriers of his Y-chromosome or his mother's mitochondrial DNA. Y-chromosome DNA test-takers in his direct paternal line on WikiTree: It is likely that these autosomal DNA test-takers will share some percentage of DNA with Stephen: 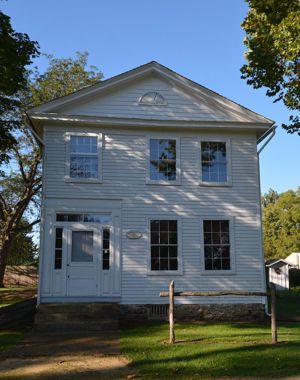 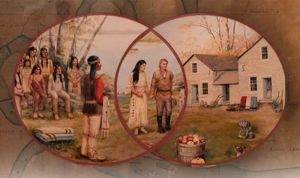 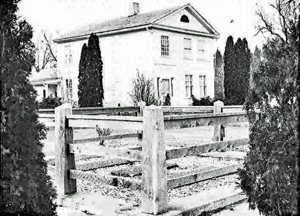