"Mrs. Caroline E. Newberry, 83 years old, a granddaughter of Stephen Mack,[1] one of the founders of the old Pontiac Company that laid out Pontiac as a village, died Thursday morning at 8:45 o'clock [28 Aug 1929] at her home 197 West Huron street. She had been in ill health the past year, suffering from ills incidental to old age."

"Mrs. Newberry was the widow of A. F. Newberry who died early this year and was at that time vice-president of the First National Bank & Trust company."

"The funeral will be held at the home Saturday afternoon at 2:30 o'clock with Dr. Weldon Crossland officiating and with burial at Rochester."

"Mrs. Newberry had been active in a number of organizations. She was treasurer and later secretary of the Rochester Woman's club; secretary and vice president of the Woman's Literary club of Pontiac; president for two years of the Woman's Relief Corps at Rochester; commander and record keeper of Melissa Hive, I.O.T.M. at Rochester for three years; two years matron of the Order of Eastern Star of Pontiac; and for two years regent of General Richardson Chapter, Daughters of the American Revolution."

"Surviving are the daughter, Mrs. Edith E. Mackin, and the son A. Mack Newberry both of who live at home."[2]

ask our community of genealogists a question.
Sponsored Search by Ancestry.com
DNA
No known carriers of Caroline's ancestors' DNA have taken a DNA test. 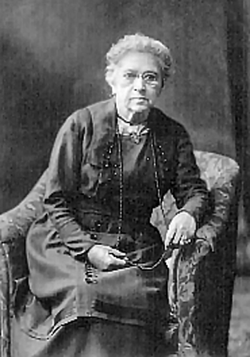 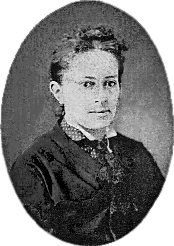 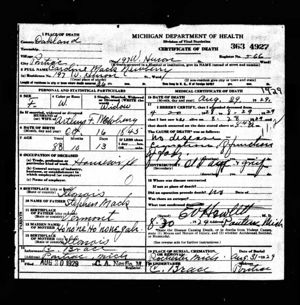