Lachlan Macquarie is a member of Clan MacQuarrie.

Lachlan Macquarie Scottish soldier and governor of the colony of New South Wales from 1810-1821, whose term of office was noted for humanitarian treatment of ex-convicts, encouragement of public works programs, inland exploration and the creation of new towns.[1]

A note in Lachlan Macquarie's hand-writing in a family Bible says he was born on 31 January, 1762, on the island of Ulva in the parish of Kilninian in the Inner Hebrides, Scotland.[2]

His mother was Margaret, the only sister of Murdoch Maclaine, chieftain of Lochbuy in Mull.[2]

Lachlan was the brother of:

Lachlan married Jane, the youngest daughter and heir of Thomas Jarvis, deceased, former chief justice of Antigua, on 8 September 1793, at the house of her sister and brother-in-law, James Morley, in Bombay, where she'd been living.[2] Jane died on 15 July 1796, in her twenty-fourth year, at Macao, leaving her husband £6000 in English funds.[2]

In June 1804 he returned to Scotland, for the first time since 1787, where his uncle was on his deathbed and he had to take this news to the reunion with his mother.

Lachlan married his second wife, Elizabeth Campbell, in the parish church of Holsworthy in Devon on 24 October, 1807.[2]

In 1776 he volunteered for the army and on 9 April 1777 obtained an ensigncy in the second battalion of the 84th Regiment, known as the Royal Highland Emigrants, commanded by a cousin, Colonel (later General) Allan Maclean, and in which his uncle, Murdoch Maclaine, served as captain.[2]

Lachlan Macquarie paid a mariner a pound to buy a headstone for his father's grave in August 1785.[2]

On 27 April, Castlereagh, secretary of state for the colonies, advised Macquarie that he was to be the new governor of New South Wales, and in May he was given confidential Instructions in which Castlereagh emphasized that 'The Great Objects of attention are to improve the Morals of the Colonists, to encourage Marriage, to provide for Education, to prohibit the Use of Spirituous Liquors, to increase the Agriculture and Stock, so as to ensure the Certainty of a full supply to the Inhabitants under all Circumstances'.[2]

Soon after his arrival in November 1810, he visited the Cowpastures and Appin districts, south west of Sydney, also Camden and the Warragamba River, by carriage[4]. A year later in November 1811, he ventured further south on the ship "Lady Nelson", as far as Jervis Bay (Ref.4, pp47-48)

During his time as Governor, from 1810 to 1821, conflict arose in 1814 between the Indigenous Aboriginals and the Settlers, leading to him carrying out war-like expeditions in 1816, west and south of Sydney, using local Army Regiments to kill and capture Aborigines[5], to aid his expansionst policies in the Colony. He failed to prosecute 'whitefella' murders and to promote humanitarian treatment of the Aborigines. The effects of Macquarie's expansionist policy without any due regard for the First Peoples of the Land in the Illawara, Shoalhaven areas, starting with the widespread issuing of land grants to the invaders in Illawara, are partially described in reference 5, although there is inadequate documentation to do it justice. Paul Daley[6] also shows how "Macquarie is the Australian leader who used terrorism and slaughter to quell hostile Indigenous resistance to invasion and dispossession". How he commanded one of his Captains: “Select and secure that number [12 Aboriginal boys and six girls, aged between four and six] of fine healthy good-looking children from the whole of the Native Prisoners of war taken in the course of your operations and direct them to be delivered to ... the Native Institution at Parramatta.” This was the start of "the Stolen Generation"[7], which was to terrorise Indigenous families from then on! Maria Lock Boorooberongal-1 was of the first, who was able to use it to prosper in white society.

Macquarie commissioned Hyde Park Barracks in Sydney, which housed convicts from 1819, then was the Female Immigration Depot for Women from 1848, and housed aged and destitute women, followed by courtrooms and government offices as a legal and administrative hub, and is today a museum,[8] and one of the eleven Australian convict sites on UNESCO's World Heritage List.[9] He founded Port Macquarie in 1821.[2]

Governor Macquarie returned to the United Kingdom on the Surry which sailed February 1822.[2] Before doing so he paid his last visit to the Illawarra area (ref.5, pp.113-4) having a brief (10 minutes) meeting at Allans Farm, at Red Point, [south of 'Wollongong'], with the settlers and 100 Aborigines from the Illawarra and South Coast. His disregard for the First People of this land is shown by the little time he spent with them compared with the time he spent viewing the countryside, from his own report.

Lachlan Macquarie died on 1 July 1824 at his house on Duke Street, St James, while visiting London.[3] His body was taken by boat to Mull, Scotland, and buried on his estate; his grave is administered by the National Trust of Australia.[2]

The will of "Lachlan Macquarie, Major General in His Majesty's Army first Lieutenant Colonel of the 73 Regiment and at present Captain General and Governor Chief in and over the Territory of New South Wales and its Dependencies of Jarvisfield Island of Mull , Argyllshire" proved on 29 November 1824.[10]

A plaque on the Bennelong Lawn, Royal Botanic Gardens, Sydney, near the location where Governor Macquarie disembarked from his ship the Dromedary on 31 December, commemorates the 200th anniversary of the swearing-in of Lachlan Macquarie as Governor and recognises his work and vision as well as the contribution of his wife Elizabeth. The plaque, which stands alongside a newly planted Angophora Costata, or Smooth-barked Apple tree, is inscribed:

This plaque commemorates the 200th anniversary of the swearing-in
of Lachlan Macquarie as the fifth Governor of New South Wales
on 1 January 1810.
It was commissioned in recognition of the work and vision
of Lachlan and Elizabeth Macquarie and unveiled on 1 January 2010.[11]

He grew up on the nearby larger island of Mull.

His army career began in 1777, with service in North America; in 1787 he began a long association with India, where he remained until 1803, apart from short spells in Sri Lanka and Egypt, and after a period in England, was back in India from 1805 to 1807. With his wife Elizabeth (1778-1835) he sailed for New South Wales in 1809 to replace deposed governor William Bligh who had been removed from office by the New South Wales Corps in an uprising known as the Rum Rebellion (so-called because of Bligh's attempts to break the Corps' monopoly in the trafficking of rum). Macquarie arrived in late December 1809 and was sworn in as governor on New Year's Day, 1810.

The colony's first military governor (previous holders of the office had all been navy men), Macquarie was able to draw on his experience as a staff officer in the raising and organisation of colonial revenue-measures in this area included the introduction of coinage (1813) and the establishment of the colony's first bank (1817). Macquarie encouraged exploration to expand the pastoral land available and so improve the agricultural production and livestock numbers-the route over the Blue Mountains, discovered in 1813, gave pastoralists access to the western plains. An enduring testimony to Macquarie's governorship are the public works, carried out with the assistance of Francis Greenway (1777-1837), a former convict appointed civil architect, which transformed Sydney and Parramatta.

When he left office in 1821 Macquarie could list 265 works carried out during his term. They included new army barracks and three new barrack buildings for convicts, roads to Parramatta and across the Blue Mountains, a hospital, castle-like stables (now housing the New South Wales Conservatorium of Music) and five planned towns built out of reach of floodwaters along the Hawkesbury River. Macquarie pursued a policy of allowing deserving emancipists (ex-convicts) to enjoy the same rights as free settlers. In 1810 he made two emancipists magistrates and invited them and other emancipists to dine at government house. This and other aspects of his administration incurred the displeasure a group of military and free settlers. Complaints to England resulted in the dispatch to New South Wales in 1819 of English judge John Thomas Bigge (1780-1843) to inquire into the affairs of the colony. Bigge's report was critical of Macquarie, in particular his spending on public works. Macquarie's resignation was accepted in 1821. After settling on his estate on the island of Mull, Scotland, he set about defending himself against claims in Bigge's report that he had abused his office while in New South Wales. He is remembered in many place names, including Macquarie Street, Sydney, Lake Macquarie, New South Wales, Macquarie Harbour, Tasmania, the Antarctic dependency of Macquarie Island and Macquarie University, Sydney; named for his wife Elizabeth are Campbelltown, Elizabeth Bay and Mrs Macquarie's Chair (a headland jutting into Sydney Harbour beside Sydney Cove).[1]

A letter to Sir James Henry Craig from Lachlan Macquarie 1805

Sir, Having lately received orders from His Royal Highness The Commander in Chief, through the Depy. Asst. General of the Forces, to proceed to India by the Ships of the ensuing Spring to join my Regiment there; I take the liberty to report the same to you, and to entreat that you will have the goodness to Solicit His Royal Highness the Commander in Chief to be graciously pleased to grant me a renewal of my Leave of absence for three months longer; or, until the last Ships of the Season are despatched, which will probably take place some time in May or beginning of June next; having private concerns of the utmost importance to my interest to arrange and settle in this Country, which will necessarily require the time mentioned; and my going any sooner will be attended with infinite loss and inconvenience to me. —

The Grounds on which I presume to solicit this indulgence are the following, namely: — that I have served no less than Fifteen Years in India without ever having been at Home, or for one day absent from my Duty while there; — that I was compelled to quit India at the time I did inconsequence of extreme bad health, which was very much impaired by so long a residence in that Country – and which is still far from being re-established; – that I have only been yet little, more than Eighteen months at Home; – and that I have all that time (– excepting two months leave I had to go down to Scotland last Summer –) employed on the Staff in this Country. —

In consideration of these circumstances, I indulge a hope, His Royal Highness the Commander in Chief will be graciously pleased to grant me the Leave now Solicited; – at the expiration of which I shall most cheerfully and readily proceed to join my Regiment in India. — Trusting you will have the goodness to give your Sanction and Support to this application, I remain with the most respectful esteem and regard,Sir, Your most obedient and most faithful, hble Servt.

Is Lachlan your ancestor? Please don't go away!

ask our community of genealogists a question.
Sponsored Search by Ancestry.com
DNA
No known carriers of Lachlan's DNA have taken a DNA test. 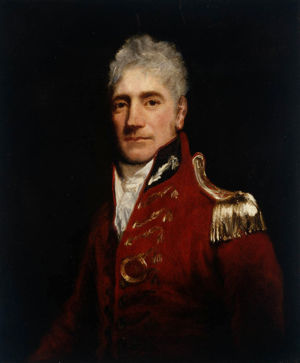 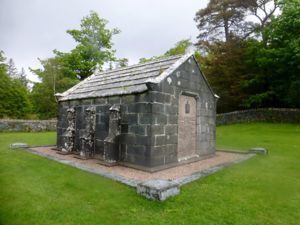