Grandfather of James Madison 4th President of the United States

Ambrose was born on 17 Jan 1696.[1]in Orange, Orange, Virginia, the of known children and sons of John (Jr.) and Isabella Minor Madison.

On 24 August 1721, when he was in his mid-twenties, Ambrose married Frances Taylor in King and Queen Co Virginia, and they became the parents of three known children, one son and two daughters:

On 27 August 1732 Ambrose died of unknown causes in Montpelier, Orange County, Virginia, at the age of thirty-two and was buried in the Madison Family Cemetery.

Ambrose Madison (ca. 1696 – 1732) was a member of the first of four generations of Madisons to reside on the Montpelier property. Like so many others who first came to the Piedmont, the Madison family hailed from the long-settled Tidewater region of Virginia. John Maddison (d. ca. 1680) immigrated to Virginia in 1653. His grandson Ambrose was a well-established, well-connected member of the gentry class. He held several significant public offices, married well, and owned thousands of acres in both the Tidewater and Piedmont.

In 1723, Ambrose Madison along with his brother-in-law Thomas Chew, patented 4,675 acres in the newly opened Piedmont of Virginia. Madison and Chew divided the tract, located along the Southwest Mountains, with Madison retaining 2,850 acres of land northwest of the ridge. Per the requirements of the patent, Madison had three years during which to make certain improvements to the land including erecting a house and clearing land. While Madison sent slaves to clear his newly acquired parcel of land in 1723, it was not until 1732 that Ambrose moved his family to the Montpelier estate, then called Mount Pleasant.

Soon after taking up permanent residence at Mount Pleasant, Ambrose became ill due to an apparent poisoning by slaves. He made out his will in July 1732 and died on 27 August 1732. Three slaves – Pompey, Dido, and Turk – were convicted of Ambrose’s death. Pompey, who was on lease to the Madisons by a neighboring planter, was sentenced to death by hanging. Dido, a female, and Turk were judged to be only tangentially involved in the poisoning of their master and received a sentence of twenty-nine lashes each. As property of the Madisons, the two were subsequently returned to Frances Madison.

Frances continued to run the plantation with notable success (she inherited the twenty-nine slaves listed on Ambrose’s inventory) and co-managed it along with her only son, James, once he came of age in 1741. Frances, who died in 1761, never remarried after her husband’s untimely death.

In 1721, Ambrose Madison (James Madison's grandfather) married Frances Taylor, who came from a prominent landowning family in Virginia. Frances was the daughter of James Taylor and an ancestor of future President Zachary Taylor. James Taylor had been a companion of Governor Spotswood and had been one of the members of the Knights of the Golden Horseshoe in 1716. This land surveying expedition, which had crossed the Blue Ridge Mountains into the Shenandoah Valley, took possession of the land between the Blue Ridge and the ocean in the West in the name of King George I of England. Those who had been part of the expedition then began to stake out claims to the land that had been surveyed, James Taylor being among them.

Taylor worked on building a 13,500-acre estate. In 1723, Taylor probably pointed out some of the best 4,675 acres of land for his two sons-in-law, Thomas Chew and Ambrose Madison, to patent jointly. This land would be part of the Madison estate originally called Mount Pleasant. When James Taylor's son, James Taylor, Jr., moved onto another portion of his father's estate, the Taylor, Chew, and Madison families became a small community in themselves, all living within a few short miles of each other.

In 1732, Ambrose and Frances, now with three children, moved onto their plantation, Mount Pleasant. About six months later, however, Ambrose died suddenly. Frances was left, at the age of thirty-two, with three small children, an estate of about 2,337 and a half acres, much of which still needed to be developed, and twenty-nine slaves, fourteen of them being children. She was not entirely on her own, however, since members of her family surrounded her on nearby plantations, offering her protection, advice, and help with the estate. Frances took over the responsibilities of running the plantation and within a few years, had begun marketing tobacco in England.

President James Madison’s handwritten genealogy says that his grandfather was Ambrose Madison and that Ambrose Madison’s parents (and his ancestors) were John Madison and “Isabella Minor Todd”. If Isabella’s maiden name was Minor and she was previously married to a Mr. Todd, then it is quite possible that John Maddison, Jr., was previously married too before he married Isabella and that John Maddison, Jr., had some children by his unknown first wife. John Maddison, Jr., died sometime between the 16 June 1714 joint land patent to him and Daniel Coleman and 24 March 1725/26 when his son, John Madison, III, received a land patent of the Madison portion of the same land in which it refers to his father as being deceased. [1]

Ambrose Madison's will, dated 31 Jul 1732, devised to James Coleman and his wife 600 acres adjoining the plantation owned by James Coleman. (Spotsylvania Co. Records, Will Bk. 3, p. 172) Eleanor was still alive in May of 1751. From Orange Co. VA Deed Bk. 12, pg. 1, May 1751: "James Coleman of St. Thomas Parish, Orange Co., Gentleman, and Eleanor, his wife, Deed to Elizabeth Willis, Orange Co.VA 18 acres-corner to Mr. Richard Todd & John Minor beginning at a pinein a branch, etc., west to the main road." Signed James Coleman, Eleanor Coleman, Elizabeth Willis. Wit: Thos. Scott, George Merrill. (John Minor b 1637 and wife Isabell Taylor b 1641 had one daughter Isabella. Both were deceased at the time of Ambrose's will.)

WILL OF AMBROSE MADISON, 1732: In the name of God, Amen * * the parish of St. Marks in the County of * * mind & perfect memory, do make this * * manner and form following: Imprimis * * immortal soul into the hands of my great * * - mer anid my body to the earth to be decen * * -on of my executors & executrix hereinaft- * * estate which it has pleased god to bless * * Item-I give and bequeath unto james Colem * [Colenman] * * hundred acres of land according to survey * * less), adjoyning to the said Coleman's plantation, to him & his wife during their naturall lifes * * decease to the heirs of the body of the said * * or to be begotten, and for want of such * ish * heirs -. Item-I give and bequeath unto * * plan huindred acres of land according as it's laid off * * plantation at the great mountains to him and his h * Item-I give and bequeath unlto Daniell S * * nd andl fifty acres of land beginning at a red oak stu * and Williams & Abraham Estridge's line runing along * line so far as to lay of the said square to him & * ever. Item-I give and bequeath unito David Roach onie hund * fifty acres of land, to be laid of some part of my land whic * in company with George Braxton, gentlm., & others answering * the discretion of my Executors hereinafter named to him & his heirs forever. Item-I give and bequeath unto my daughter Elizabe * one thousand acres of land adjoyning to the above mentioned land of james Coleman to begin at my upper line & to runi down to the lower land, & also one thousand acres of land at the great mountain lying between land now belonging to John Camm Gent'n & my son James his & her heirs forever. Item-I give and bequeath unto my daughter Frances one thousatnd acres of land adjoyning to her sister Elizabeth's at the little mountains, and also one thousand acres of land at the great Motuntains lyeing between the land of nmy soIn James on the one side & land of Abraham Estridge of the other side, to her and her heirs forever. I give and bequeath unto my son James all other of my lands whatsoever that I am possessed of to him & his heirs forever, and that he possess the same when hle shall arrive at Eighteen years of age. Item- I lend unto my dear & well beloved wife Francis all and singular my real and personiall estate not before bequeathed, for and during the time she shall continue a widow or until one of my children shall marry * of which times the whole of the estate that I have lent * ife shall be divided as the law directs. Item-I do here * titute & appoint my loving wife, my brother John Madison, Francis Conway and Joseph Brock ex'utrix and executors of this my last will and testament, and do hereby revoke and make void all This other wills by me heretofore made. In testimony whereof I have hereunto set my hand and affixed my seal this 31st day of July, 1732. AMBROSE MADISON [Seal]. Signed, sealed, published and declared in the presence of us, JAS. BARBOUR, ROBT. MARTIN, GEORGE PENN. [2]

Sponsored Search by Ancestry.com
DNA Connections
It may be possible to confirm family relationships with Ambrose by comparing test results with other carriers of his Y-chromosome or his mother's mitochondrial DNA. However, there are no known yDNA or mtDNA test-takers in his direct paternal or maternal line. It is likely that these autosomal DNA test-takers will share some percentage of DNA with Ambrose: 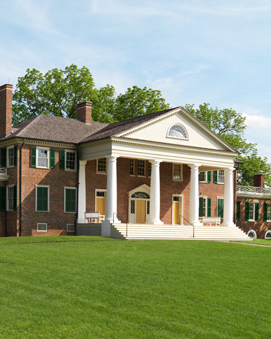 Robin Lee
Madison-14 and Madison-659 appear to represent the same person because: based on wife, marriage and death, clearly intended to be the same person
posted Sep 25, 2016 by Robin Lee