Birger Magnusson was a member of the aristocracy in Europe.

Birger was born in 1280 as the eldest son of king Magnus Ladulås Birgersson of Sweden and his wife Helwig vonHolstein.[1]

When Magnus died in 1290 Birger was still a child and a council ruled in his place led by the Lord High Constable of Sweden Torgils Knutsson.[2]

Birger was crowned king in the Franciscan convent church in Söderköping[1] in 1302. He soon there after had a falling out with his younger brothers, the dukes Erik and Valdemar, who went to Norway to seek support. Birger sought help from his brother-in-law king Erik Menved of Denmark. In 1305 the three brothers came to an understanding with the help of the Lord High Constable Torgils. Erik and Valdemar convinced Birger to get rid of Torgils who was executed in February 1306 but they turned on their brother once again when they took him prisoner in September the same year. The incident became known as Håtunaleken (the game at Håtuna) after the estate where it took place. Birger was held in captivity at Nyköpingshus until the spring of 1308 when he was released after giving away the power of large areas of the country to his brothers. He sought once again help from his brother-in-law but a peace treaty was signed in July 1310 where Birger was recognized as king but in reality he only ruled a third of the country. Peace lasted until December 1317 when Erik and Valdemar were invited to celebrate Christmas with Birger at Nyköpingshus. The brothers were taken prisoners as a revenge for Håtunaleken and this came to be known as Nyköpings gästabud (Nyköping Banquet). Supporters of the brothers rebelled and Birger was forced to flee for the island of Gotland. The prisoners died in 1318.[2]

When Birger was dethroned in 1319 by his brothers' followers he fled to Denmark where he died in 1321 in Rigsted, where he also was buried.[1]

Magnus, the son of Birger and Margareta, was meant to take the throne after his father but he was taken prisoner when his father fled the country. He was executed in 1320.[2]

Is Birger your ancestor? Please don't go away!

ask our community of genealogists a question.
Sponsored Search by Ancestry.com
DNA
No known carriers of Birger's ancestors' DNA have taken a DNA test. 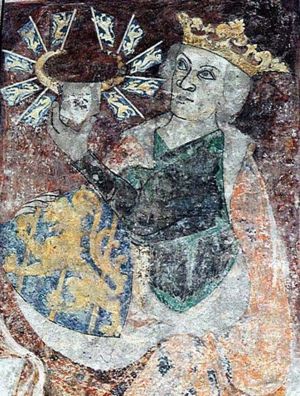 Birger is 25 degrees from Cecil B. DeMille, 29 degrees from Rosalie Neve and 10 degrees from Henry VIII of England on our single family tree. Login to find your connection.