Norman Kingsley Mailer (January 31, 1923 – November 10, 2007) was an American novelist, journalist, essayist, playwright, film-maker, actor and political activist. He won two Pulitzer Prizes, for The Executioner's Song and The Armies of the Night, though his best known work is The Naked and the Dead. In 1955, Mailer and four others founded The Village Voice.

Mailer was born to a Jewish family in Long Branch, New Jersey. His father, Isaac Barnett Mailer, was a South African-born accountant, and his mother, Fanny Schneider, ran a housekeeping and nursing agency. Mailer's sister, Barbara, was born in 1927. He was drafted into the U.S. Army in 1943. Mailer was married six times and had nine children. He fathered eight children by his various wives and informally adopted his sixth wife's son from another marriage. Mailer died of acute renal failure on November 10, 2007 in New York City, and is buried in Provincetown Cemetery, Provincetown, Massachusetts.

Is Norman your relative? Please don't go away!

ask our community of genealogists a question.
Sponsored Search by Ancestry.com
DNA
No known carriers of Norman's ancestors' DNA have taken a DNA test. 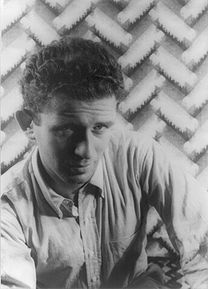 Norman is 25 degrees from Ludwig Kraayenbrink, 17 degrees from Henry VIII of England and 21 degrees from Ferdinand von Zeppelin on our single family tree. Login to find your connection.