Father of Bertha Malet, Hawise (Malet) de Muscegros and Mabel (Malet) de Vivonne
Died before 1216 at about age 42 in England

There were several William Malets in this period, and care needs to be taken not to confuse them. See Research Notes

William inherited the Barony of Curry Malet, Somerset from his father.[4] He also had lands in much of the southern half of England, including elsewhere in Somerset, Cambridgeshire, Suffolk, Surrey and Wiltshire.[1][2]

William's second wife was Alice Basset.[1][2][3] They had no children.[1][2] Alice was the daughter of Thomas Basset,[1][2] one of the Illustrious Men who were King John's counsellors listed in the preamble to the Magna Carta.[5]

From 1200 to 1203 William was in a legal dispute with his cousin and namesake William Malet of Enmore, Somerset: this related to land at Sutton Mallet, Somerset.[1][2] In 1204 he was involved in another land dispute, this time with William de Evermue.[1][2][6]

In December 1209 he was appointed Sheriff of Somerset and Dorset, a position he held until 1212.[3]

William fell into substantial debt to the Crown by 1212.[3] The debt stood at 2000 marks in 1214,[3] when, in return for cancellation of the debt, he agreed to serve with King John in Poitou, bringing ten knights and twenty ordinary soldiers.[1][2][3]

In 1215 William joined the group of Barons who rebelled against King John and subsequently became one of the Surety Barons for the Magna Carta. As a result he was excommunicated in December 1215.[1][2][3]

William died very soon after his excommunication.[1][2][4] His heirs were his daughters Helewise, Mabel and Bertha.[3][4] William was probably buried in the parish church of Curry Mallet, Somerset.[7]

His second wife Alice subsequently married John Bisset. She died in about 1263.[1][2]

"William Malet (c. 1175-1215) was one of the sizeable group of rebel barons who were heavily indebted to King John, making the revolt of 1215 in some sense a debtors’ revolt.

"William, the lord of Curry Mallet in Somerset, was the descendant of Robert Malet (d. before 1156), first holder of the barony, and the son of Gilbert Malet, who died in 1194. In 1196 he paid Richard the Lionheart a fine and relief of £150 to enter into his inheritance.

"William’s early career, characteristically for someone of his background and upbringing, had been in royal service. He had accompanied Richard the Lionheart on crusade from 1190 and he had taken part in the siege of Acre in 1191. He was appointed sheriff of Somerset and Dorset by King John in 1209 after the two counties had petitioned to have someone local as their sheriff instead of the courtier William Brewer, and he served in the office until 1212. By this latter year he was running into financial difficulties, although the precise cause of his problems is not clear, and by 1214 he was owing the king as much as 2000 marks (about £1333). In 1214 he entered into an agreement to serve with the king in Poitou with ten knights and twenty other soldiers in return for the cancellation of his debt. In 1215 he went over to the barons, joining the confederacy at their muster at Stamford in Easter week, and in June was appointed to the Twenty Five.

"Malet appears to have died only months afterwards in December 1215, for by that time his estates were in the possession of his son-in-law, Hugh de Vivonia. He left three daughters between whom his estates were divided: Mabel, who married first Nicholas Avenel and then Hugh de Vivonia (d. 1249) of Chewton (Somerset); Helewise, who married first Hugh Pointz (d. 1220), an associate of Malet in the rebellion, and second Robert de Mucegros (d. 1254), a future servant of Henry III; and Bertha, who died unmarried before 1221."

The Oxford Dictionary of National Biography entry for William postulates a birth date of about 1175.[3] Douglas Richardson says he was of age in 1194.[1][2]

Mother of his Daughters

Some sources give Alice Basset as mother of William's daughters. But Alice's heirs were not children by William Malet but children by her second marriage to John Biset. This strongly suggests that the daughters were children of William by a previous marriage, to someone whose name is unknown.[1][2][8]

Douglas Richardson states that William had a son William who witnessed a charter of his grandfather Gilbert Malet in 1196, and who died before the William of this profile.[1][2] If the latter may have been born as late as 1173, there is a question as to whether a son would have been old enough to witness a charter in 1196.

There were a number of other William Malets in this period, and they can be easily confused. Those with profiles on WikiTree at 24 February 2020 are:

In the records cited in Medieval Lands[8] it appears difficult to be certain which William Malet is being referred to.

See Malet-18 Descendants for profiles of his descendants that have been improved and categorized by the Magna Carta Project and are in a project-approved trail to a Gateway Ancestor. See this index for links to other surety barons and category pages for their descendants. See the project's Base Camp for more information about Magna Carta trails. 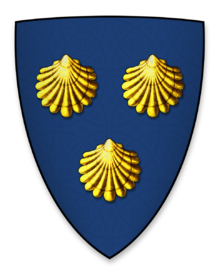 Michael Cayley
I am planning to start reviewing and editing this profile soon on behalf of the Magna Carta Project.
posted Feb 06, 2020 by Michael Cayley

Michael Cayley
I have now finished my main work on this profile. If anyone spots any typos or other slips, please either correct them or message me. Thank you!
posted Feb 24, 2020 by Michael Cayley

Michael Cayley
Thanks, Andrew. I am planning to get some Magna Carta Surety Barons' profiles into a more satisfactory state. Willam Malet is one of them, so I intend to get round to him in due course. That should not stop anyone doing sensible corrections in the interim.
posted Dec 08, 2019 by Michael Cayley

Andrew Lancaster
I have been trying to simplify the footnotes. Most of the information really comes from Richardson I think, and I have cleaned up the references to him, but (1) we have had lots of repetitions of the same facts with slightly different wordings. I presume this comes from old merges. (2) the other footnotes raise concerns. Does anyone know more...?

The "stubbs" footnote looks like a copy paste of a bunch of sources from a secondary source, without anyone having actually checked if they were relevant. Not good.

The "roots" footnote is to Weis, but, as cited by Richardson, why would we not just cite Richardson? If there are important differences they would need to be spelled out, but I don't think that is the problem?

Why is Wurts being used? Does not look strong.

Andrew Lancaster
I also don't think "Sir" was commonly a part of names, honorific or otherwise, in this period. If it is part of his name then surely there will be a source somewhere to show this?
posted Mar 04, 2019 by Andrew Lancaster
April (Dellinger) Dauenhauer
Well, Chase - you have been busy. It is a challenge to keep up with you :)

Chase Ashley
Unless an original record can be produced that shows he was called "Sir", it should be deleted as a prefix since "Sir" supposedly wasn't used as an honorific in England until 1297 and, in any event, was for lesser mortal like knights and baronets. https://en.wikipedia.org/wiki/Sir
posted Feb 28, 2017 by Chase Ashley
April (Dellinger) Dauenhauer
Thank you very much Jack! It looks better and reads more coherently.
posted Mar 13, 2015 by April (Dellinger) Dauenhauer

Jack Day
April, I thought I would integrate the blocks of narrative into one integrated biography and that would make it easier to clarify the issue of maternity and children that you raised.
posted Mar 13, 2015 by Jack Day
April (Dellinger) Dauenhauer
William Malet married as his first wife, Unknown, the mother of his children. With his second wife, Alice Baset, "they had no issue". See Royal Ancestry: A Study in Colonial and Medieval Families Vol 4, page 2
posted Jan 25, 2015 by April (Dellinger) Dauenhauer