Carl Gustav Emil Mannerheim was born 4 Jun 1867 in Askainen, Finland, then part of the Russian Empire.

He began his military career in the Imperial Russian Army, rising to the rank of lieutenant general.

In 1892 he married Anastasia Nikolajevna Arapova, with whom he had two daughters. They separated in 1902 and divorced in 1919.

After Finland's independence in 1917, Mannerheim served as the chief of the anti-Bolshevik "Whites" during the Finnish Civil War of 1918.

He served as the 6th President of Finland from 1944. In 1946 he resigned due to declining health and spent his final years living primarily at the Valmont Sanatorium in Switzerland. He passed away in 1951 at Lausanne, Switzerland and was buried in Helsinki.

For his military and civil service, Mannerheim is often regarded in Finland as the greatest Finn of all time and the "father of modern Finland". 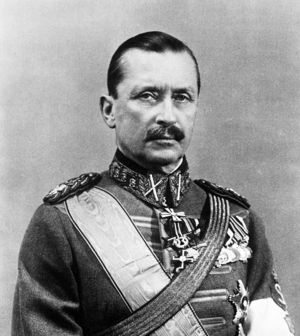 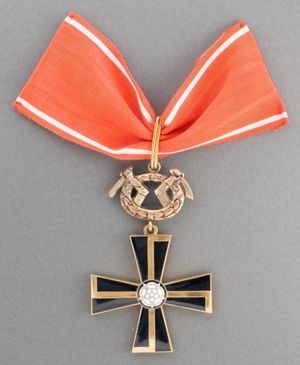