Clair worked at the Thebes barrel factory for a while, along with his mother and aunt. He lived at 214 Third Street in Thebes.

In 1940, Claire and his family witnessed the tornado damage to the Thebes Courthouse roof.

Claire also worked for free on the Wolf Lake levy to shore it up. The Red Cross was supposed to provide free donuts and coffee, but made the workers irate when they charged the workers 10 cents each.

In the years around 1947 and 1948, Claire and Anna moved out to the George Bader (see obituary) "plantation" on South Cape Road, which is on the Illinois side of the bridge to Cape Girardeau, Missouri. Here Clair, Anna, and their children were farm workers who raised tomatoes, spinach, soybeans, grains, cotton, other vegetables, and Berkshire hogs. The kids worked 8 hours in the fields pulling weeds and cutting cotton for $1 per day.

Is Clair your ancestor? Please don't go away!

ask our community of genealogists a question.
Sponsored Search by Ancestry.com
DNA Connections
It may be possible to confirm family relationships with Clair by comparing test results with other carriers of his Y-chromosome or his mother's mitochondrial DNA. However, there are no known yDNA or mtDNA test-takers in his direct paternal or maternal line. It is likely that these autosomal DNA test-takers will share some percentage of DNA with Clair: 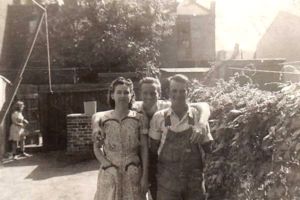 Dan on leave from boot camp with parents. 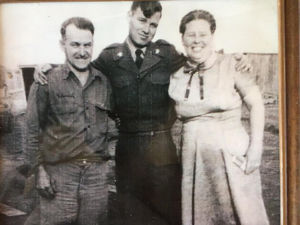 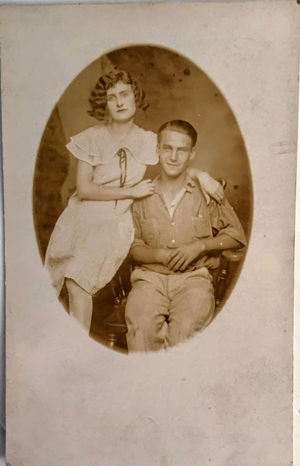 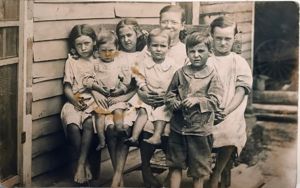 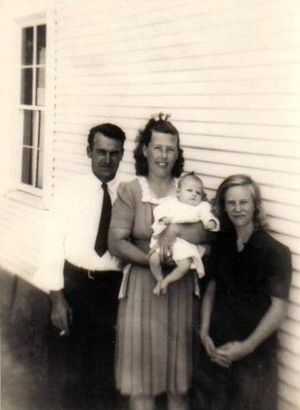