The 22nd infantry was organized at Belleville, May 11, 1861, and was mustered into the U. S. service at Caseyville on June 25, for three years.

Jacob L. Mansker, an old resident of Thebes, died on July 26th, at the age of 72 years. He had been a resident of Thebes for 40 years. When the railroad entered Thebes, they bought from him the land where the hotel now stands. He laid out his other property in town lots and sold them at good prices. The last of this property he disposed of last winter, when he moved upon the hill. He left a wife and two sons.

Jacob L. Mansker died 26 Jul 1903, at Thebes, Alexander County, aged 72 years. He was a painter and formerly lived in Jonesboro. He had lived in Thebes 40 years. He left a wife and two sons. 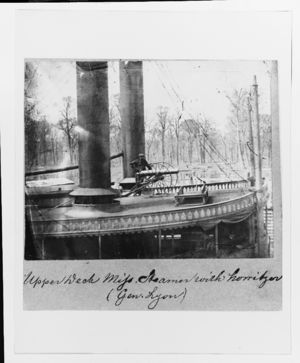