Writing under the pseudonym of "Dorien Grey" (a name based on a variation of title of the novel "Dorian Gray"), he wrote more than 20 published novels and a popular bi-weekly blog.

He was born in Rockford in 1933, graduated from Rockford East High School in 1952. Two years into college at Northern Illinois University, he left to join the Naval Aviation Cadet program, spending the rest of his brief military career on an aircraft carrier in the Mediterranean. The journal he kept of his time in the military, in the form of letters home, honed his writing skills and provided him with a wealth of experiences to draw from in his future writing.

Returning to college after service, he graduated with a B.A. in English from Northern Illinois University, and embarked on a series of jobs which worked him into the editing field. While working for a Los Angeles publishing house, he was instrumental in establishing a division exclusively for the publication of gay paperbacks and magazines, of which he became editor.

Tiring of earthquakes, brush fires, mudslides, and riots, he returned to the midwest, where the author "Dorien Grey" emerged, full-blown. He moved back to Chicago after a 40 year absence, and devoted his energies to writing.

There are now 15 books in the popular Dick Hardesty Mystery series, and a fifth Elliott Smith paranormal mystery. There is also a western/romance/adventure novel, Calico, a compilation of 172 of his every-Monday-and-Thursday blogs--Short Circuits: a Life in Blogs--plus Dreams of a Calico Mouse, a book of poems, and A World Ago: A Navy Man's Letters Home, 1954-1956.

Roger, who would have celebrated his 81st birthday on November 14, died from complications during a routine out-patient procedure. The cause of death was a heart attack.

Is Roger your relative? Please don't go away!

ask our community of genealogists a question.
Sponsored Search by Ancestry.com
DNA
No known carriers of Roger's ancestors' DNA have taken a DNA test.

Images: 1
Roger's Favorite Photo of Himself 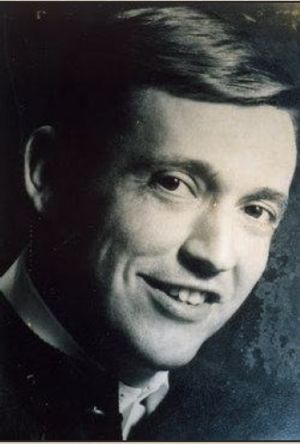