John was the son of Orzao and Theresa Maritote, the youngest of four children. He was born in Italy on September 23, 1908 and emigrated with the family to the United States in December, 1911.

His older brother Frank became involved with the Capone family and was a "body guard" for Al Capone.

Mafalda Capone was 18 and described as a plumb, pretty young woman. John Maritotes had only met her a few times when the marriage was arranged by John's older brother, who used the alias of Frank Diamond, and Mafalda's older brother Al Capone. The couple was given a dowery of a home worth $50,000 plus other gifts. The marriage was seen as a bonding between two rival and notorious gangs in Chicago. Their "secret wedding" was attended by 4,000 people.

They honeymooned in Havana - December 1930 - which was widely reported in the national newspapers.

He worked as a movie projectionist in the 1950's.

He died in Sacramento, California in 1997. 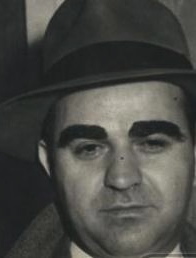