Disambiguation: Isabel, the daughter of Willliam Marshal and Isabel de Clare, had an elder sister named Sybil, and her grandmother (William's mother) was also Sybil or Sybilla Marshal. Isabel the wife of Gilbert de Clare was not named Sybilla.

A medieval English countess, she was the wife of both Gilbert de Clare, 4th Earl of Hertford and 1st Earl of Gloucester and Richard, 1st Earl of Cornwall (son of King John of England). With the former,she was a great grandparent of King Robert the Bruce of Scotland. [1]

Born at Pembroke Castle, Pembrokeshire, Wales, on 9 Oct 1200, she married Sir Gilbert de Clare, Earl of Gloucester and Hertford, on her birthday, 9 Oct 1217. [2] Isabel was the seventh child, and second daughter, of William Marshal, 1st Earl of Pembroke and Isabel de Clare. She had five brothers: the 2nd, 3rd, 4th, 5th and 6th Earl's of Pembroke; each of her brothers dying without a legitimate male heir and passing it on to the next brother in line. Her last brother to hold the title of Earl of Pembroke died without legitimate issue. Isabel had four sister, and the title was passed down through the family of Isabel's younger sister Joan. Her sisters married, respectively, the Earls of Norfolk, Surrey, and Derby; the 10th Baron Abergavenny and the Lord of Swanscombe. [1]

She had proven child bearing ability and the ability to bear healthy sons; as evidenced by her six young children, three of whom were sons. These were most likely the reasons for both the proposal of marriage from Richard, 1st Earl of Cornwall, and Isabel's acceptance of it, despite the fact that her husband had just died five months previously. The two were married on 30 March 1231 at Fawley Church, much to the displeasure of Richard's brother King Henry, who had been arranging a more advantageous match for Richard. Isabel and Richard got along well enough, though Richard had a reputation as a womanizer and is known to have had mistresses during the marriage. They were the parents of four children, three of whom died in the cradle.[1]

Isabel died of liver failure, contracted while in childbirth, on 17 January 1239/40, at Berkhamsted Castle, Hertfordshire, England. [3] She was 39 years old. [3]

When Isabel was dying she asked to be buried next to her first husband at Tewkesbury Abbey, but Richard had her interred at Beaulieu Abbey, with her infant son, instead. [3] As a pious gesture, however, he sent her heart, in a silver-gilt casket, to Tewkesbury. [1]

Name: Isabel Countess of Gloucester and Hereford, Cornwall and Pictou [16]

Douglas Richardson in Royal Ancestry provides the following for the death and burial of Isabel Marshal: She died testate at Berkhampstead, Hertfordshire in childbed of jaundice 17 Jan. 1239/40. Her body was buried at Beaulieu Abbey, Hampshire, her bowels went to Missenden (Great Missenden Abbey in Buckinghamshire), and her heart was sent to Tewkesbury Abbey for burial in her first husband's grave. Tewkesbury Abbey information also provided to Alton Rogers in October 2006 by Tewkesbury Abbey Hon. Archivist Mr. G. F. Strawford about burials in the Abbey.

No more info is currently available. Can you add to this biography?

This page has been edited according to January 2015 Style Standards.
See the Changes tab for descriptions of imported gedcoms.

Sponsored Search by Ancestry.com
DNA
No known carriers of Isabel's DNA have taken a DNA test. 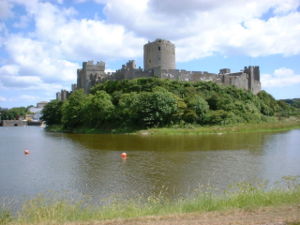 Isabel is 26 degrees from Mary McCauley, 28 degrees from B. W. J. Molier and 10 degrees from Henry VIII of England on our single family tree. Login to find your connection.