Ancestor of the Month

We wouldn’t have a McCarter/Hatcher ancestor if we didn’t have some kind of controversy. Martin Martin, generally considered “The Immigrant” of the Martin branch of our family tree, holds true to this characteristic. His controversy concerns his birth and parentage.

According to the traditional story, Martin Martin was born in 1678, the son of Thomas Martin, Sr. and the grandson of Nehemiah Martin. These Martins lived on the Isle of Skye, Scotland. The other version says Martin Martin was born in 1678 in New Kent Co., VA, the son of George, Jr. and Susannah West Martin. Story two says Martin’s grandfather was George Martin, Sr., from Bristol, England. (Actually I prefer the Scottish version, but DNA tests seem to favor the second story.) In addition to the “who’s your father?” question, if the second story is true, then Martin is not “The Immigrant”; his grandfather, George, Sr. who arrived in this country first can claim that honor. (George, Jr., like his son, Martin, was born in VA.) On the Isle of Skye there is a proverb, “Clan Mhartain, siol Shionnach,” which means, “The children of Martin [are] a tribe of foxes.” In keeping with this saying, maybe the spirit of Martin Martin is hiding the secret of his ancestry until a clever descendant can figure it out.

Those opting for the traditional Isle of Skye version of the Martin family will find a long and illustrious history of Scottish lore. First, the Martins were a sept of the Clan MacDonald, wore the MacDonald tartan, and supported and swore allegiance to the MacDonalds. Martin/MacDonald lore in Scotland contains tales of heroes and daring-do. Some stories are even humorous.

Angus of the Storms

For example, during the time of Queen Elizabeth I of England (1553-1603), one Martin warrior had an unusual situation with his MacDonald chieftain. The Martin in question was named Aonghas na Gaoithe (Angus of the Storms); he was a soldier, sailor, and poet of some renown. In addition, he had two wives at the same time. One was a Danish princess named Biurnag (Bernice); the other was the sister of his clan chieftain Donald Gorm Mor MacDhomhuill.

The unusual story concerned Chiefain Donald’s wife Mary MacLean MacDonald. Angus of the Storms detested her. Apparently she did not realize his feelings, for she intensified his dislike of her by continually pleading that he write a poem dedicated to her. In fact, she pestered him. Finally Angus complied. He wrote a scurrilous poem to Mary which has been described as “some [of the] most abusive lines in Gaelic.” The scandal caused by the poem meant that Angus had to “get out of Dodge” (or in this case, Skye). (Possibly Mary’s relatives were not amused.) Chief Donald, however, helped Angus leave Skye. He apparently liked Angus better than he liked Mary. Angus left with 1000 warriors and spent the next few years in adventures that added to his fame.

Finally Mary MacLean MacDonald died, and Angus returned to the Isle of Skye. His first act upon his return was to write a new and even more scathing poem for Mary which he had engraved on the stones marking her burial place. Rather than being offended, Donald merely said, "We" [the MacDonald clan] "never obtained any benefit from this marriage.” The marriage had apparently been arranged between the MacLean and MacDonald clans.

Whichever Martin family history story is correct—the Isle of Skye version or the New Kent County version—the facts beyond time and place of birth and parents are exactly the same. Thus, as long as we stick with Martin and go forward in time, we are okay. Going backwards in time provides the controversy.

According to parish records, in 1689 Martin was a processioner for St. Peter's Parish in New Kenet Co. He was 24 years old at this time. A processioner was a person appointed by the vestry to walk, mark, and measure property. These people were needed because

the property boundaries for the early settlers' tracts were poorly defined or temporarily marked. Every four years, by law, the boundaries of each landowner were required to be walked, marked, and measured. The results of the processioners’ endeavors were preserved in processioner’s records which described this walking and marking of land. The records themselves are found in Anglican church vestry books, and Martin’s service is duly recorded for 1689 in St. Peter’s Parish.

Nine years later in 1698 Martin married Sarah Hix, daughter of our ancestors John Hixe and Sarah Preston. Sarah was born in Williamsburg, and her father, John was Doorkeeper for the House of Burgesses. (Read more about John Hixe in the Archives. Click the link for previously published articles at the top of this page.) The marriage took place 10 February 1698 in St. Peter's Parish, New Kent Co, VA. At the time of their wedding, Martin was 33 and Sarah was 16.

Normally our colonial ancestors wasted no time in beginning a family. For some reason, however, Martin and Sarah were different. Perhaps it was because of Sarah’s age or perhaps there were stillbirths, but eight years passed before the couple had any children. Their first child was born in 1706, and new children arrived until 1726. In all the couple had 8 children over a 20-year span.

Martin and Sarah lived in New Kent Co. for most of their married lives. By 1689, several years before he and Sarah were wed, Martin owned land in New Kente Co., VA. Also on the New Kent Deed books are Henry Martin, Thomas Martin, and William Martin. These men may or may not have been relatives. In any event they knew each other, for they and several others were listed in the St. Peter’s Parish vestry book as being responsible for clearing roads in the area.

In later years records for the county show Martin Martin paying quit rents in 1704 for 150 acres of land. (Other Martins on the same list include: James Martin, 100 acres; John Martin, 400 acres; Thomas Martin, 100 acres, and William Martin, 230 acres.) On 24 Mar 1725, Martin Martin patented 358 acres of new land In Henrico Co., VA, on the south side of the James River and on west side of Fine Creek 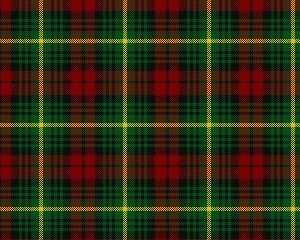 Other People on This Record Mary Martin F