The Rev Dr Nevil Maskelyne DD FRS FRSE (6 October 1732 – 9 February 1811) was the fifth British Astronomer Royal. He held the office from 1765 to 1811, he was the first person to scientifically measure the weight of the planet Earth.

Maskelyne was born in London, the third son of Edmund Maskelyne of Purton, Wiltshire, and his wife, Elizabeth Booth.[1] Maskelyne's father died when he was 12, leaving the family in reduced circumstances. Maskelyne attended Westminster School and was still a pupil there when his mother died in 1748, his interest in astronomy had begun while at Westminster School, shortly after the eclipse of 14 July 1748.

Originally pursuing his career as a minister he was Rector of Shrawardine from 1775 to 1782 and then Rector of North Runcton from 1782; in 1784 he was elected a Fellow of the Royal Society of Edinburgh. His proposers were John Playfair, John Robison and Dugald Stewart.

Nevil Maskelyne is buried in the churchyard of St Mary the Virgin, the parish church of the village of Purton, Wiltshire, England.[3]

Is Nevil your ancestor? Please don't go away!

ask our community of genealogists a question.
Sponsored Search by Ancestry.com
DNA
No known carriers of Nevil's DNA have taken a DNA test. 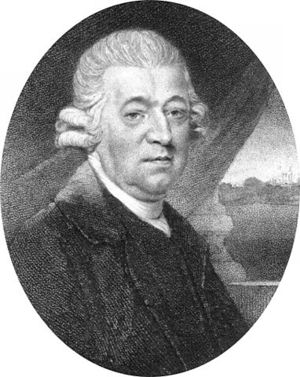