Matheson was born in Ross and Cromarty, Inverness-shire, Scotland, and emigrated to New York City with his parents at the age of 15. He married Maria Antoinette Seaman at the Green Street Methodist Church in New York City on 6 January 1846.[2] During the California Gold Rush he moved to San Francisco via a six month voyage around Cape Horn on the ship Pacific. He he became involved in San Francisco's public affairs and was named Controller of San Francisco in 1852 and two years later received the title General of Division of the Mexican Army and Resident Commander of Mexico in San Francisco after spending a year in Mexico working on the Gadsden Purchase.[3]

In 1856 he moved to Healdsburg, California, becoming a prominent city benefactor and landowner. Matheson had become a member of the Free Soil Party, which was intent on keeping slavery out of Western territories. In January, 1861 president-elect Abraham Lincoln invited Matheson to attend his inauguration in Washington D.C. He traveled to Washington, D.C., for the inauguration on 4 March 1861, intending to stay only a few weeks, but found himself swept up in the fever of approaching war.[4]

Matheson was made colonel and commander of the 32nd Regiment of New York Volunteers, that he founded in June 1861[5] and what was referred to as the 1st California Regiment.[6] He fought in the First Battle of Bull Run, the Peninsula Campaign, and the Seven Days Battles.[7]

Col Matheson was mortally wounded at Crampton's Gap during the Battle of South Mountain.[8] These circumstances are documented by General Joseph J Bartlett..."The 32d N. Y. was being cheered on by the brave Col. Matheson, as my horse struggled along the steep side in rear of his regiment. A moment after I had spoken an encouraging word of praise to him, he fell, wounded: but smiling still, he waved on his gallant men, and shouted: "You've got 'em, boys; push on." The enemy no longer had a stone wall in front of them, and our fire was telling well upon their ranks, as we could see by the numbers of killed and wounded which we passed over."[9] Col. Matheson was taken to a field hospital in Burkettsville, Maryland and died on 21 October 1861 reportedly of a 'hemorrhage' [requiring further research].

Matheson's remains were returned to California where a State funeral was held in San Francisco attended once again by many notables including then Governor of California, Leland Stanford, and the founder of the Bank of California, William Ralston. Col. Matheson is buried in Oak Mound Cemetery in Healdsburg. A major street in the town is named after him.[4]

Is Roderick your ancestor? Please don't go away!

ask our community of genealogists a question.
Sponsored Search by Ancestry.com
DNA Connections
It may be possible to confirm family relationships with Roderick by comparing test results with other carriers of his Y-chromosome or his mother's mitochondrial DNA. However, there are no known yDNA or mtDNA test-takers in his direct paternal or maternal line. It is likely that these autosomal DNA test-takers will share some percentage of DNA with Roderick:

Images: 4
In Memory of Fallen in Civil War 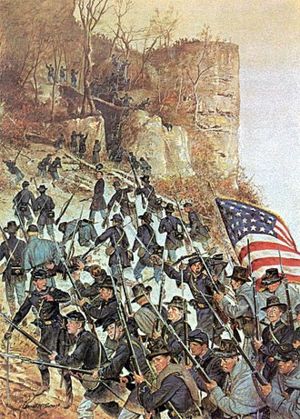 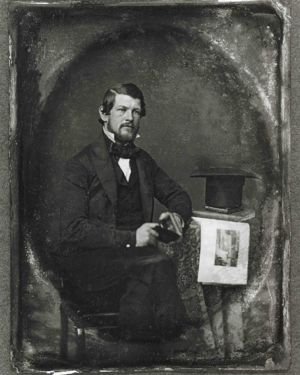 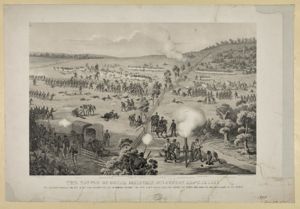