Walter Matthau was best known for starting in many films which included Charade (1963), The Odd Couple (1968), Grumpy Old Men (1993) and Dennis the Meance (1993). He often worked with Jack Lemmon and the two were Hollywood's craziest stars.

He was born Walter John Matthow in New York City, New York on October 1, 1920. His mother was an immigrant from Lithuania and his father was a Russian Jewish peddler and electrician from Kiev, Ukraine.

During World War II, Matthau served in the U.S. Army Air Forces with the Eighth Air Force in Britain as a Consolidated B-24 Liberator radioman-gunner, in the same 453rd Bombardment Group as James Stewart. He was based at RAF Old Buckenham, Norfolk during this time. He reached the rank of staff sergeant and became interested in acting.

Very tall as young man (6' 3"), Matthau had a very slouchy posture by the time he was an actor. This was in part due to back injuries sustained in combat during World War II. But, he probably exaggerated it because the slouch fitted his miserly characters.

In 1968, Matthau finally made his big screen appearance on The Odd Couple alongside Jack Lemmon. The two were in the sequel of The Odd Couple and Grumpy Old Men (1993). Matthau was in Dennis the Menace (1993), alongside Mason Gamble.

Starred in the American romantic comedy musical film "Hello Dolly!" based on the Broadway production of the same name. Directed by Gene Kelly and adapted and produced by Ernest Lehman, the cast included Barbra Streisand, Michael Crawford (who would later become the Phantom of the Opera), Danny Lockin, Tommy Tune, Fritz Feld, Marianne McAndrew, E. J. Peaker and Louis Armstrongg (whose recording of the title tune had become a number-one single in May 1964). The film follows the story of Dolly Levi (a strong-willed matchmaker), as she travels to Yonkers, New York, to find a match for the miserly "well-known unmarried half-a-millionaire" Horace Vandergelder. In doing so she convinces his niece, his niece's intended, and Horace's two clerks to travel to New York City.

The film won three Oscars for Best Art Direction, Best Score of a Musical Picture, and Best Sound Mixing and was nominated for a further four Academy Awards, including Best Picture. Although the film eventually broke even, it was not a commercial success.

During the filming, he clashed with Barbra Streisand and disliked her so intensely that he refused to be around her except when required to do so by the script. He is famously quoted as telling Streisand that she "had no more talent than a butterfly's fart." Interestingly, he is clearly seen in the audience at the One Voice (1986) concert at her Malibu ranch, where invitation-only guests had the privilege of paying $5,000 per couple to help establish the Streisand Foundation, which supports numerous charitable organizations. Apparently, he did not hold grudges. 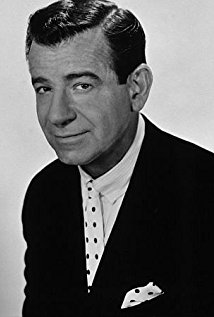 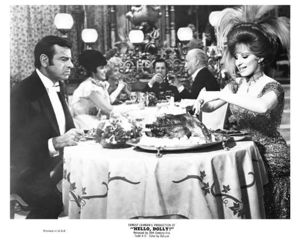 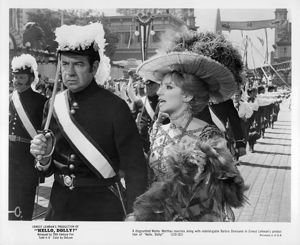