British Companies and Their Founders

Maria Maxwell is a member of the Shaw Name Study Project.

Maria Maxwell was born in Scotland.

I was born in Taylor Street, Townhead Glasgow. (Spookily enough just round the corner from where Charles Rennie Mackintosh was born in Parson Street) I love everything to do with CRM especially the jewellery designs !! 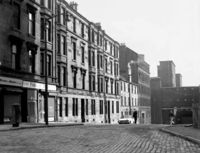 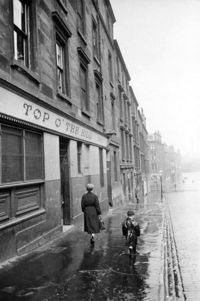 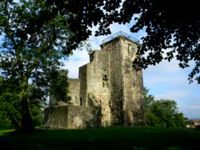 I lived in Pollok Glasgow from 3 months old till I was 15. Our house was a five minute walk away from Crookston Castle. It was the meeting and play place for local children. Many's a time I climbed up the tower and looked out over "my kingdom."

When I travelled into the City of Glasgow my route took me past Pollok House.

When I started working as a Civil Servant I moved to East Kilbride and lived near Calderwood Castle estate for years.

Little did I know (or care) then that Pollok and Calderwood were two of the ancestral homes of the Maxwell Clan. I seem to have been following my roots for years.

I now live on a farm in West Lothian Scotland on land once owned by a direct ancestor on my maternal line one Robert the Bruce, King of Scotland.

I'd been meaning to start a family tree for years but it took the birth of my great-grandson in 2012 to start my serious interest in genealogy. I then discovered how little I actually knew about my own family !! By that time my parents were no longer here to answer questions. I've now discovered and am in contact with relatives in Canada, Australia, USA, Ireland and England as well as here in Scotland,

Amazing film from 1961 Mungo's Medals - featuring lots of places from my life !!

(According to the relationship finder !! )

to be continued !! amazing

(According to the relationship finder !! )

"The best part about Genealogy is searching for ancestors and finding friends." - Lawrence Dillard

Only a Genealogist regards a step backwards as progress.

It’s time for our annual Ireland Project check-in! Please respond within the next two weeks to let me know:

Please respond to this message by posting a reply below or sending me a private message on WikiTree. If we don’t hear from you within two weeks, we will assume you are no longer interested in participating in the Ireland Project, and your badge will be removed. If you wish to reapply for membership later, we will be happy to have you back. Many thanks, and I look forward to hearing from you!

Sincerely, Jen Hutton, on behalf of the Ireland Project

Amy (Crawford) Gilpin
Hello Maria! I hope this finds you well. It's been too long since we've chatted :)

It's time for our annual Scotland Project check-in!

This year we are hoping to learn what our membership would like to accomplish over the next 12 months. In case you aren't aware, this year is WikiTree's ""Year of Connections"" and the Project's leadership would like to contribute to this in as many ways as possible.

We continue to communicate with our Project members via Google Group (official) and Discord (unofficial), as well as G2G. You may also reach out to any of the Project leaders via WikiTree's internal messaging system at any time.

Thank you for all you do to help the Scotland Project become a knowledge hub for Scottish genealogical research! We wish you all the best in 2022!

Sincerely, Amy Gilpin on behalf of the Scotland Project Leaders

I see you are still part of the New Zealand Project and I would like to invite you to join the KiwiCrew in the upcoming Connect-A-Thon. Participation is easy, simply create new profiles for unconnected people, with luck they will connect with the World Tree.

Add THE_KIWI_CREW to your followed tags. for future updates.

Once registered, you will receive your Connect-a-Thon badge and a special invitation to our Kiwi Crew Discord Server.

Jessica Key
Hello Maria. Will you open Clunes-35 and his wife so their ancestry can be added? Thanks.
posted Jan 26, 2021 by Jessica Key

Maria Maxwell
Done - have fun ! I bought Martin Clunes Biography at a library sale. Must read more of it !! Maria
posted Jan 26, 2021 by Maria Maxwell
Ann Sloss
Maria, thank you for the Maxwell/ Trodden post. My mother was a Trodden, Grampa Dennis Trodden Family from Armagh. I haven’t worked the background a bit lots of Peters, Dennis’s and Patrick’s to sort through. Hope to crack it all one day. Our family lived in Kilmarnock, Ayrshire, Scotland. I still have an uncle Dennis living there. I live in Ottawa Canada.
posted Jan 08, 2021 by Ann Sloss

https://civilrecords.irishgenealogy.ie/churchrecords/civil-perform-search.jsp?namefm=&namel=trodden&location=Armagh&yyfrom=&yyto=&submit=Search has 273 records for Troddens in Armagh !! I see the father of the Anne I linked with is a Peter !! If you're not going to be engaged elsewhere, as a member of the Scotland Project, we'd love to have you join the Twisted Thistles in the upcoming Connect-a-thon the weekend of July 17 - July 20. If you'd like to join us and help to develop our ever-expanding Scottish tree, please register on the G2G post here and be sure to mention you'd like to be on the Twisted Thistles team for Scotland.

As you will have seen, we have been doing some restructuring in the Wales Project and are now organising ourselves into different teams. Please have a look at the new project pages, and let me know which team(s) you would like to be in.

Please can you also send me your e-mail address? I can then make sure you are introduced to your Team Leaders, are in the Google Group, and receive an invitation to join our Discord server.

Please note that it is a requirement for membership in the Wales Project that you respond to these check-ins.

I'd prefer just to leave the Wales Project as I have no family connections there.

Karyn (Weltzin) Taylor
I just want to say thank you for the extensive work you do on a daily basis to grow the understanding of our Maxwell ancestors. I tried to award a badge but you already have it. lol Many thanks for the dedication and contributions. - Karyn
posted Jan 18, 2020 by Karyn (Weltzin) Taylor

Anthony Hare
Maria, Good morning! I am contacting you with a request. I have affiliated with a number of other genealogists in my Clan "Menzies". We have put together an incorporated non profit organization called Menzies INternational Genealogy Under Study "MINGUS'. The MINGUS project is dedicated to building a connected Menzies and interelated family tree. I have been a loyal WikiTree person for a number of years and have under the Clan Menzies category thousands of profiles. Now for my request we would like to have a protected project similar to the Acadians Project for example. Can you help me with this and or send me to the proper person? I only ask this because we are having problems with our profiles being changed to build lineage that ties to our Clan Chief lines. Thank you so much!
posted Nov 05, 2019 by Anthony Hare
Valerie (Pearse) Crowley
Have just looked at the winter schedule and found I/m down for Thursdays 4-5 pm (which I didn't do last year) and am still unable to do this year.

Steve Thomas
Hi Maria, I'm trying to sort the Maxwells in Cavan but hit a road-block. While categorizing to a lower level Wikitree would not accept the numbers in other last names. For example '11th Baron Farnham' in Arthur Maxwell. It seems that Wikitree's preference is to include '11th Baron Farnham' as another Nickname. I haven't changed these yet before advising you. Steve.
posted Oct 15, 2019 by Steve Thomas

Steve Thomas
Maria, I am following instructions from the Irish Project to move individual profiles out from 'County Cavan' to a lower category. You manage a number of Maxwells born in Farnham Estate. I am changing the category to 'Urney Parish, County Cavan'. I hope this is not a concern, Steve Thomas.
posted Oct 15, 2019 by Steve Thomas

Pip Sheppard
Maria, making more than one thousand contributions in September added so much to the breadth and depth of our Shared Tree. The Appreciation Team thanks YOU!

THANK YOU for taking me on. I'll certainly do what I can to help. Since I've never done such a thing, I'll need a bunch of guidance.

Just checked my tree on MyHeritage for MAXWELLs:

Seems that I'm the 20th great-granddaughter of Robert Maxwell, of Carlaverock, via the Abercrombies!!!

Back in 1986, my late husband & I spent several days near where you live during our Silver Wedding Anniversary trip. We really loved Scotland & wished that we could have been there longer.

Anon (Cormack) Sharkey
hello I'm not sure I responded about which part of the Irish project I wanted to be involved with. I have difficulty in accessing the wili group

Tracy (Frisken) Hope
Hi Maria, I'm catching up on old messages after spending summer offline. You asked about sub-Projects for Irish Roots and I never responded, but I did sign up for County Donegal. Thanks for your support and keeping the project organised!
posted Sep 18, 2019 by Tracy (Frisken) Hope

I have the following errors on my suggestion list and was hoping you could direct me on how to correct the errors on the list of profiles. 931 ProjectBox Without Project Account -Forbes-93, Forbes-554, Gordon-659, Bannerman Elsick-2 and Gordon-2864 Thanks

Categories: Scottish Clans Project | Clan Maxwell | Who Do You Think You Are (UK) | Irish Roots Project