Joseph "Joe" Maxwell VC MC & Bar DCM was born on 10th February 1896 in the family's tiny workers' cottage at 268 (now numbered 234) Hereford Street, Forest Lodge, New South Wales (Australia). He was the youngest of five surviving children, with an older brother and three older sisters, of John Maxwell and Elizabeth Stokes. [1][2] Soon after Joe's birth the family moved to the New South Wales' Hunter Valley, where John found work in the East Greta coalfields. Joe was educated at Gillieston Public School and then commenced a boilermaking apprenticeship at J & A Brown’s Hexham engineering workshop. In 1913, he enlisted in the Citizens' Military Force. [3][4]

Joe Maxwell VC MC DCM is an Anzac who served in World War One.

On 6th February 1915, Joe enlisted in the Australian Imperial Force for service overseas during the First World War. [5][6] The 'pocket dynamo', 163cm (5'4.5") tall and weighing 57kgs (126lbs), was posted to B Company, 18th Australian Infantry Battalion, 5th Brigade, whereupon he was promptly promoted to Lance Corporal.[7] The battalion embarked for the Middle East aboard HMAT A40 Ceramic on 25th June 1915. [8]

Joe saw action at Gallipoli from 22nd August to 2nd December 1915. The battalion had not been ashore a day when it was committed to the last operation of the August Offensive: 'the attack on Hill 60' which lasted until 29th August and cost it fifty per cent casualties. [9]

Joe Maxwell VC MC DCM was wounded at France during The Great War.

On the Western Front he took part in the Battles of Pozières and the Somme, and received a promotion to Sergeant in October 1916. In 1917 the 18th participated in the follow-up of German forces during their retreat to the Hindenburg Line, and was involved in some particularly heavy fighting around Warlencourt in late February. The battalion took part in three major battles before the year was out: the second Bullecourt (3-4th May) in France; and Menin Road (20-22nd September) and Poelcappelle (9-10th October) in Belgium. Joe was promoted to Company Sergeant Major on 7th August 1917. He took part in the Battle of the Hindenberg Line. He was commissioned as a Second Lieutenant on 29th September 1917 and promoted to Lieutenant on 1st January 1918. In 1918, the 18th participated in the battles that pushed the German Army ever closer to defeat: Amiens on 8th August, the legendary attack on Mont St Quentin on 31st August, and the forcing of the Beaurevoir Line around Montbrehain on 3rd October. [9]

Joe Maxwell is recognised as the second-most decorated soldier of the First World War, with four separate instances of exceptional gallantry and inspirational leadership that led to the awarding of the: [4]

Joe commenced his return to Australia aboard HT China on 1st May 1919, disembarking at Port Melbourne on 8th June 1919. Back in Sydney, he was discharged from the AIF and the army on 20th August 1919. [9] He was awarded the 1914-1915 Star, British War Medal and Victory Medal for his service in the war.

"... had his own demons, which haunted him despite his jovial front to the world."
- Mike Scanlon

Following demobilisation, Joe struggled to 'fit back in' to civilian society. He obtained work as a gardener, moving between Moree, the Maitland district and Canberra. [3] Mike Scanlon, history journalist of the Newcastle Herald, wrote that Joe Maxwell: "... had his own demons, which haunted him despite his jovial front to the world." [19]

Joe married 19-year-old tailoress, Mabel Maxwell, (unrelated) in a Roman Catholic ceremony at Bellevue Hill, Sydney on 14th February 1921. [20] The marriage produced a daughter, Jean, before being dissolved in 1926 upon Mabel's instigation. [3]

On 11th November 1929, Maxwell attended the New South Wales Dinner for recipients of the Victoria Cross in Sydney. That year, the federal government slashed army pensions, Joe's pension being cut to 25% of its former amount. Within months, Joe had the bitter and humiliating experience of being incarcerated in Long Bay Jail for being unable to pay maintenance arrears due to his young daughter, Jean, and ex-wife, Mabel. [3]

In 1932 Joe published Hell's Bells and Mademoiselles, a book written in collaboration with Hugh Buggy about his experiences in the war. Buoyed by the book's success, he wrote a further manuscript, entitled From the Hindenburg Line to the Breadline. Sadly, it was never published and the manuscript has since been lost. [4]

Still thinking of his men's welfare, in 1933 Joe acted as a defence witness in the trial of Alfred Jamieson, who was accused of housebreaking. Joe had been Jamieson's former platoon commander in France and testified that Jamieson had been of good character but had been strongly affected by the war. [3]

Joe was awarded the King George VI Coronation Medal in 1937. [4]

Upon the declaration of (the Second World) war, Joe made several attempts to enlist in the Second Australian Imperial Force; each unsuccessful due either to his age or deteriorating health. He circumvented the bureaucracy by travelling north to Warwick, Queensland, where he enlisted under the alias of Joseph Wells on 27th June 1940. It was not long, however, before his identity was discovered and he was transferred into a training position with 7th Cavalry Division, a militia division. Dissatisfied with the level of service he was to be permitted to give, he was released from the army on 9th September 1940. [21][22]

He then attended the Victoria Cross centenary celebrations in London in mid-1956, following which he joined other veterans to re-visit the battlefields in France. In 1964, together with Annie, Joe attended the opening of the VC Corner in the Australian War Memorial, Canberra (AWM). He used the forums created by being a VC-holder to speak on veteran welfare. He determined that his Victoria Cross should not wind up in the collection, believing that the award would be devalued by "'lumping' them together. [3]

Joe Maxwell passed away, aged 71 years, after collapsing on 6th July 1967 on a street near his home at Matraville, New South Wales. Following a funeral service with full military honours in St Mathias' Anglican Church, Paddington, his remains were cremated and ashes spread as per his wishes in the Garden of Remembrance at Eastern Suburbs Memorial Park, Matraville. [24]

Before Annie passed away two years later she presented her husband's medals to the Army Museum of New South Wales at Victoria Barracks, Paddington. In 2003, however, Joe's medals were presented to the Australian War Memorial on a permanent loan basis (the AWM currently holds 66 of Australia's 100 VCs). [25]

Is Joe your ancestor? Please don't go away!

ask our community of genealogists a question.
Sponsored Search by Ancestry.com
DNA
No known carriers of Joe's DNA have taken a DNA test. 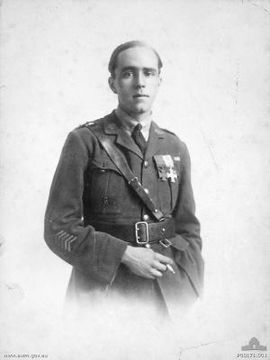 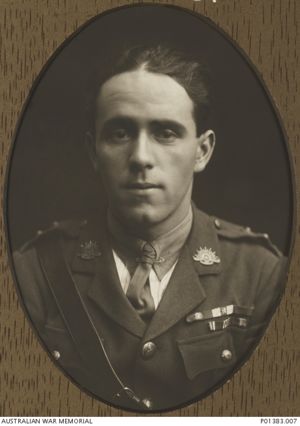 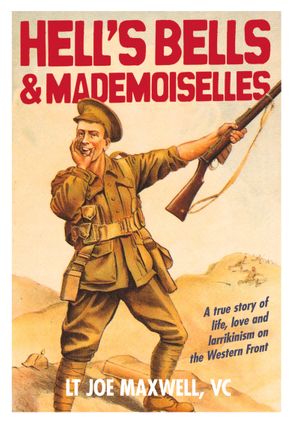