Peter Mayhew was an English-American actor, known best for his portrayal of the wookie Chewbacca in the Star Wars series.

Peter William Mayhew was born 19 May 1944 in Barnes, Surrey, England, UK to Walter H. Mayhew and Constance E. Yeates. Peter was diagnosed with Gigantism accounting for his height and appearance.[1] In adulthood, he stood 7'4" tall.[2] He was married to Angie Jones in 1999, and together they had three children.[3]

Starting his life in engineering, Peter felt he was better suited to serving others in hospital work.[3] Peter worked as an hospital orderly in King's College Hospital's Radiology department until he was discovered by George Lucas. George let him know he had the role if all he did was show up. He loved his Star Wars family and put everything he had into being the best Chewbacca he could, going so far as to study the movements of bears, gorillas, and and monkeys to base his action as Chewie on. Peter reprised his role, originally in just the first three films, in the later films in the octave. He ended up consulting on 2017's "The Last Jedi", mentoring his successor, Joonas Suotamo.[2][3] He voiced Chewie in Star Wars animated shows.

Between movies, Peter lived quietly, often focusing on his charity work, in Yorkshire, England. Following his marriage to Angie, they moved to Boyd, Texas. He became a U.S. citizen in 2005.[3] 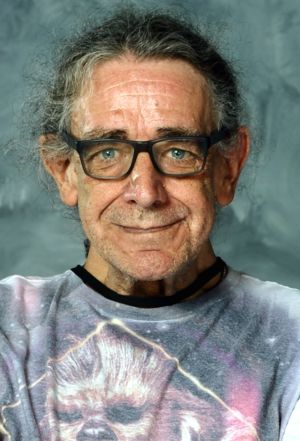