William was born in 1907. At the time his father was a constable in the Durban City Police, stationed at the Point. Later, the family moved to Greyville in Durban. He attended Mansfield Road High School, but had to leave before completing his schooling due to financial necessity. During the First World War his elder brother Donald left school and, although under age, joined the Army. He went to France and was killed soon afterwards at the Butte de Warlencourt (1916). Naturally, this caused the family much grief. Bill became an apprentice bricklayer. Before completing this, the family moved to Ixopo, Natal, where his father had the lease of the Plough Hotel. Bill learned enough Accounting to handle the hotel accounts, and helped out in the bar and elsewhere. In about 1931 the family moved back to Durban, where Bill's father now had the lease of 'Ranch's Hotel' in Greyville. He married an Ixopo girl, Phyllis Heslop and had two children. When the children were still young, Phyllis contracted tuberculosis. After a long illness, she died in 1944. Bill had joined the Coastal Defence unit of the army. After the war, when the lease on the hotel was not renewed, Bill bought a grocery business. After some years of hard work and little profit, he sold the business and took a job as Manager of the 'Clairmont Hotel' at Jacobs, an outlying suburb of Durban. There he met Johanna Fick (Joan). They were married in 1949. During this period he often recited parodies of well-known poems, in the style of Billy Bennett, an English comedian. Soon afterwards Bill was able to start his own retail liquor business on the Bluff (known as 'bottle stores' in South Africa). He bought a house at 155 Maxwell Avenue on the Bluff ( a southern suburb of Durban). After Joan's death he invested in a block of flats near Addington Hospital. He lived in one of the flats on the top floor, which had a good view over Durban harbour. He went down to Cape Town for medical treatment at Groote Schuur Hospital in July 1979, but was moved to the Vincent Pallotti Hospital and died there soon afterwards.

Do you have information about McArthur? Please contribute to his biography. Everything on WikiTree is a collaborative work-in-progress.

Thanks to Ian McArthur for starting this profile.

Click the Changes tab for the details of contributions by Ian and others. 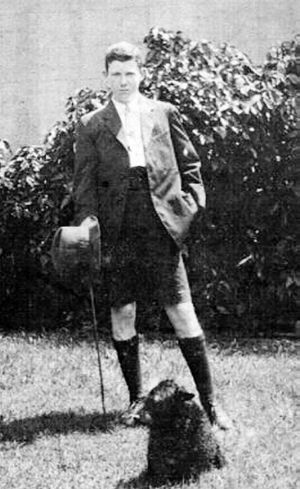 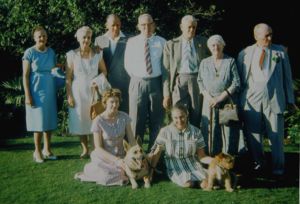