John McCain Jr. was awarded the Legion of Merit.

During the Vietnam War, McCain was Commander-in-Chief, Pacific Command (CINCPAC), commander of all U.S. forces in the Vietnam theater from 1968 to 1972. McCain retired from the Navy in 1972.

His father, John S. McCain Sr., was also an admiral in the Navy and a naval aviator, and the two were the first father-son pair to achieve four-star rank.[1] His son, John S. McCain III, is a former naval aviator who was a prisoner of war in North Vietnam. During McCain's time as CINCPAC, John III retired with the rank of captain and then became a United States Senator and the 2008 Republican Party nominee for President of the United States. 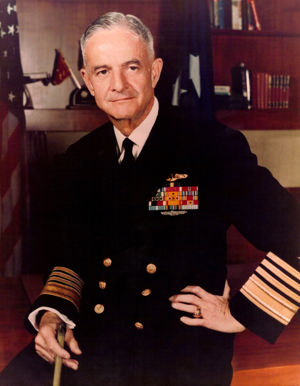