Eryn Beth McClary was last seen in the Whiteaker neighborhood of Eugene, in front of the Jesco Club on Blair, in the summer of 1995. In 2002, after seven years (as per federal law), a death certificate for Eryn was issued.

Following Eryn's disappearance, a large-scale investigation headed by detective Pat Ryan was launched. Despite Eryn's lifestyle and the many run-ins with police that it brought, she was not only well-known by local law officials, but also well-liked. From the minute Eryn's mother and niece showed up at the police department to report that she had gone missing, detectives and patrolmen alike sprung into action.

Unfortunately, with all leads having been exhausted, the case was eventually closed... until 2014.

Nearly 20 years after her disappearance, the case has finally gained the attention of the cold case squad and has been reopened for investigation. If you have ANY information regarding the disappearance of Eryn Beth McClary, PLEASE contact the Eugene Police Department!

Have You Seen Eryn McClary?
Story by Karen McCowan for the Eugene Register-Guard newspaper, published September 30, 1995.

Except for the red hair, she might be one of my sisters.

In the snapshot[1], taken a couple of holidays ago, a smiling Eryn McClary sits sandwiched between her sisters on a blue couch just like the one in my own family room. The same couch where her worried mother, Audrey Murphy, sat this week, grimly speculating about the disappearance of her daughter.

Worrying about Eryn is nothing new. The slender middle sister with the shining auburn hair, the 38 year old who struck such a carefree pose before the Christmas tree, has spent most of her adult life in the chokehold of heroin addiction. She often worked the streets to support her habit. That's why DeLynn Tucker, the big sister in the photo, now fears the worst.

It was near dusk on Aug. 4 when Tucker's son Kyle, 23, spotted his aunt hitchhiking. He gave her a lift to Fourth and Blair streets, where she said she had a recovery meeting at the nearby alcohol-free Jesco Club. He suspects, based on her make-up and attire, that she had other more dangerous plans for the night.

No one in the family has heard from Eryn since. No one remembers her arriving at the Jesco Club that night. Tucker suspects she has been murdered.

Certainly there are other plausible possibilities. There was some bad heroin on local streets about then. But her body would likely have been discovered by now if she had died accidentally.

She might have skipped town. A warrant had just been issued for her arrest on a parole violation. But she'd never run to avoid jail before. In fact, she'd been living with her mother and preparing to enter a drug treatment program after her most recent two month jail stay had forced her to go clean.

And her family says she would have never left town without her Cocker Spaniel, Barney.

Eugene police say they have no leads in the case. But an office recently called Tucker to assure her that her sister's disappearance was being taken seriously.

"He said, 'If something's happened to her, we will find whoever did it - this case is not being ignored because of her lifestyle.'"

That lifestyle began for Eryn shortly after her father's cancer death in 1981. It was hard on the whole family, but particularly on Eryn, then 23. It meant multiple losses - of a parent who'd been a dominant force in her life, of the family home she'd grown up in, of the family electrical business where she worked.

Tucker, older and already immersed in marriage and motherhood, said that the severity of Eryn's problems was masked, at first, by the family's naivete regarding drugs.

"None of us had ever been around anyone involved with heroin," said Tucker. "And she was good at covering it up around us."

The first clue that Eryn and her then-boyfriend were using came when the couple came over for Sunday dinner, and couldn't stay awake at the table.

It was the beginning of a pattern of confrontation, denial, acknowledgement, remorse, promises made, promises broken. The family's burden doubled when the youngest sister, Pam, also became addicted. She is now in prison on a drug charge.

The experience has given Tucker a reluctant respect for the drug's perverse power. "I've talked to people who haven't used in 25 years who say that just thinking about heroin puts a smile on their faces," she said. "They say unless you've been there, you can't possibly believe the power it has."

Enough power, apparently, to send Eryn back out on the streets, even though she was frightened after several johns had assaulted her.

Anyone who thinks prostitution is some "Pretty Woman," victimless crime, should check out the statistics provided by the Portland-based Council for Prostitution Alternatives. The center, which works to get desperate women out of the risky business of selling sex to strangers, found that 84 percent of its 4000 clients since 1985 had been assaulted while working the streets. The center's clients had been assaulted an average of 103 times a year, and half said they had been kidnapped.

No one would freely choose such a lifestyle. Eryn hated it.

"She called the day before she disappeared," Tucker said. "She told me, 'I'm really, really tired of this life. I want to have a regular life like yours.'"

Tucker fears her sister no longer has a life at all. She's hoping somebody somewhere will remember something that will help end the agony of not knowing whether Eryn is dead or alive.

Her nightmare seems far removed from the "regular lives" of most of us. Until you look at Eryn McClary in that snapshot that could be from anyone's family album. Until you remember what Tucker told me this week: That everyone out on that street is someone's daughter or sister.

This profile [biography] is a work in progress.

Is Eryn your relative? Please don't go away!

ask our community of genealogists a question.
Sponsored Search by Ancestry.com
DNA Connections
It may be possible to confirm family relationships with Eryn by comparing test results with other carriers of her ancestors' mitochondrial DNA. However, there are no known mtDNA test-takers in her direct maternal line. It is likely that these autosomal DNA test-takers will share some percentage of DNA with Eryn: 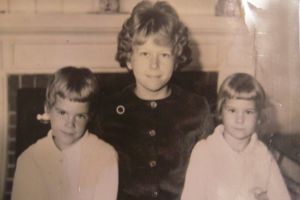 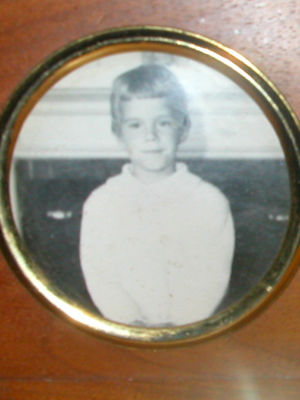 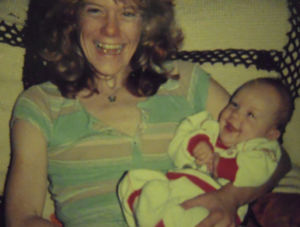 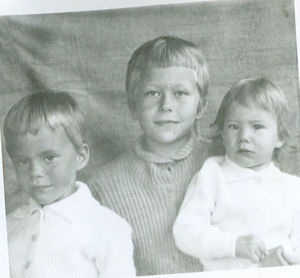 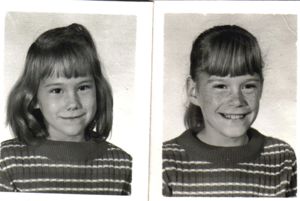 Val Shaull
I'm glad they are reopening this case. She needs to be found.
posted May 24, 2018 by Val Shaull