Dr. Gilmer Odell McClellan, 84, of West Hamlin, W.Va., died Tuesday, Feb. 14, 1995, in St. Mary's Hospital. He was born Aug. 23, 1910, in Branchland, W.Va., a son of the late Rev. and Mrs. Robert E. McClellan. He was also preceded in death by three sisters, Lora Clark, Tressa Midkiff and Thelma Davidson; and three brothers, Orville, Clifford and Dwight. He was a physician in West Hamlin for 52 years and a member of the West Hamlin United Methodist Church for 45 years. Survivors include his wife, Freddie McClellan; three sons and two daughters-in-law, Edward and Mary of Bloomington, Ind., Myron of Englewood, Colo., and Alan and Rebecca of Roanoake, Va.; grandchildren Andrea, Douglas and Robert; and stepgrandchildren Julie and Ryan Sink. Funeral services will be conducted at 2 p.m. Friday, Feb 17, at McGhee-Handley Funeral Home, West Hamlin, by the Rev. Kerry Lilly and the Rev. Bobby Woods. Burial will be in Lincoln Memorial Park, Hamlin, W.Va. Friends may call from 2 to 4 p.m. and from 6 to 8 p.m. Thursday, Feb. 16, at the funeral home.

hdj2008-02-19-42 - West Virginia Legislature Tuesday, February 19, 2008 FORTY-SECOND DAY [Mr. Speaker, Mr. Thompson, in the Chair] The House of Delegates met at 11:00 a.m., and was called to order by the Honorable Richard Thompson, Speaker. Prayer was offered and the House was led in recitation of the Pledge of Allegiance. The Clerk proceeded to read the Journal of Monday, February 18, 2008, being the first order of business, when the further reading thereof was dispensed with and the same approved. Committee Reports H. C. R. 59 - "Requesting the Division of Highways to rename a section of State Route 10, specifically as it traverses Lincoln County, from Cabell County to Logan County, the 'Dr. G.O. McClellan Highway'." Whereas, Dr. G.O. McClellan, or Doc McClellan graduated from Guyan Valley High School; and Whereas, Doc McClellan later graduated from Tennessee Medical School in 1936; and Whereas, Doc McClellan returned to West Hamlin and opened a medical practice that served the community for fifty-two years; and Whereas, Over the course of his career, Doc McClellan touched the lives of tens of thousands of people in Lincoln County and the surrounding counties; and Whereas, Doc McClellan, as a general practitioner, delivered thousands of babies and provided much needed medical care for little or no compensation. In fact, his fee for service philosophy was described by him as I think everyone that ever owed me has paid as much as they can afford. I won't ask for anymore; and Whereas, Doc McClellan was known for his generosity and kindness; and Whereas, Doc McClellan was an outstanding and loyal citizen of the community who helped everyone in any way he could; therefore, be it Resolved by the Legislature of West Virginia: That the Legislature request the Division of Highways to rename the section of State Route 10 as it traverses Lincoln County, from Cabell County to Logan County, the Dr. G.O. McClellan Highway; and, be it Further Resolved, That the Division of Highways is hereby requested to erect appropriate signage at both ends of the road; and, be it Further Resolved, That the Clerk of the House of Delegates forward certified copies of this Resolution to the Commissioner of Highways, the Lincoln County Commission and the Lincoln County Friends of the Arts.

Is Odell your relative? Please don't go away!

ask our community of genealogists a question.
Sponsored Search by Ancestry.com
DNA Connections
It may be possible to confirm family relationships with Odell by comparing test results with other carriers of his ancestors' Y-chromosome or mitochondrial DNA. However, there are no known yDNA or mtDNA test-takers in his direct paternal or maternal line. It is likely that these autosomal DNA test-takers will share some percentage of DNA with Odell: 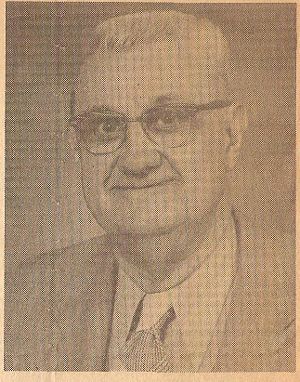 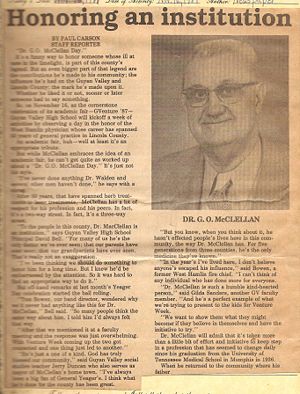 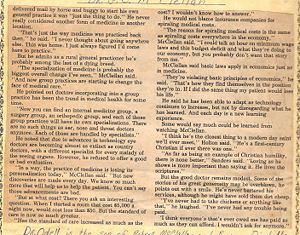 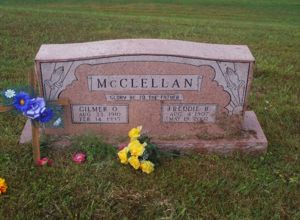