Frank was a middle son. Art was younger and John was older.

He was born and raised in Ottumwa, Iowa.

His father disappeared when he was just 11 or 12 years old.

According to Joyce (Freestone) McClellan, "Frank used to tell about learning how to swim after jumping from the railroad bridge into the Des Moines River. Sink or swim must have been the system!"

At about 14, he lied about his age to enlist in army towards the end of Spanish-American War (Philippine Insurrection); probably 1899-1900. He was assigned to a cavalry unit and learned blacksmithing there.

Frank continued his work as a blacksmith after the war. For many years, he worked for the Dain Manufacturing Company in Ottumwa. This later became John Deere Ottumwa Works.

While at Dain/Deere during World War 2 he designed and built a trenching plow for the US Army. 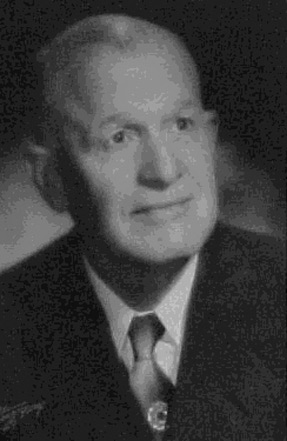 Frank (standing) in the US Army at about 14 years old 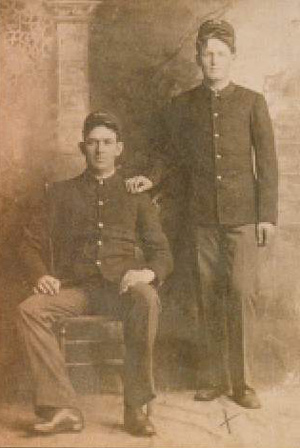 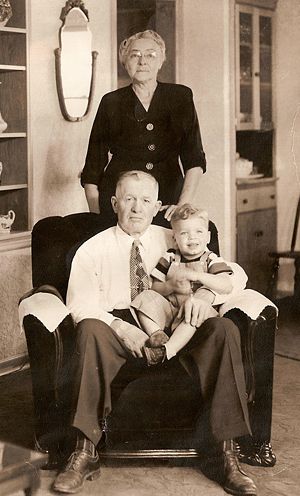 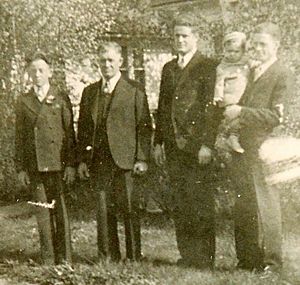 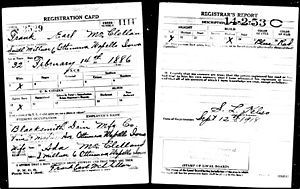