Elijah McCoy was born on March 27, 1843 in Canada. His parents were George McCoy and Mildred Gains.[1] He was probably born in Colchester, Ontario, Canada, where he was living with his parents in Colchester, Essex County, Canada West (Ontario) in 1851.[2]

Elijah and Kitty (his daughter) were living in Ionia, Ionia County, Michigan, in 1880,[9] most likely a site of Elijah's inventions-in-use.[10]

On 2 November 1895, Elijah was mentioned in a newspaper article, in The Afro-American, which reported that he lived in Detroit (Wayne County, Michigan).[11]

Elijah and Mary are found on the census for 1900, in Detroit, Wayne County, Michigan.[12] By 1910, Elijah reported he was married twice, once for 3 years and the next for the past 7 years.[13] His last census was 1920.[14] Elijah opened his own company, the Elijah McCoy Manufacturing Company, in Detroit, Michigan in 1920. They manufactured and sold his advanced graphite lubricators for air brakes.[5][15][16]

"Though it has been written otherwise, Elijah McCoy was not from Kentucky. He was born in Ontario, Canada. McCoy was the son of Mildred and George McCoy, escaped slaves from Louisville, KY. Elijah was a mechanical engineer known as the "Father of Lubrication." In 1872 he first patented an invention for self-oiling machines; automatic lubrication became known as "the real McCoy." He also invented an ironing table and lawn sprinkler. For more see World of Invention. History's most significant inventions and the people behind them, 2nd ed."[19][20]

ask our community of genealogists a question.
Sponsored Search by Ancestry.com
DNA
No known carriers of Elijah's DNA have taken a DNA test. 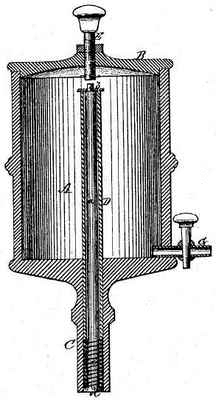 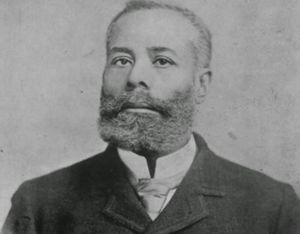 Debi (McGee) Hoag
Anyone have objection to me doing some edits on this profile? It's got plenty of sources but most of the census records point to his daughter's record rather than his own. I would also like to make some formatting changes (removing redundant asterisks from the sources, etc.)
posted Mar 25, 2021 by Debi (McGee) Hoag

J.t. Ussery Jr
sure. go ahead. and thanks in advance
posted Mar 25, 2021 by J.t. Ussery Jr
[Living Britain]
This ancestor is on the Unconnected Notables page (https://www.wikitree.com/index.php?title=Space:Unconnected_Notables&public=1#). In the table, click on the symbol after "Last name at birth."

I will be applying <ref> footnotes </ref> as in "A footnote needs to start with <ref> and end with </ref>," from this page (https://www.wikitree.com/g2g/1086929/challenge-of-the-week-correct-simple-errors-reference-tags).

To the PM: Just to let you know there is nothing personal about this edit. Thank you for your meticulous work. When the profile is ready for review by the Profile Improvement Project, I will add my category to above the Biography.