Josephine Baker was an American dancer, singer and actress best known as being the first African-American woman to star in a major motion picture, Zouzou (1934) or to become a world-famous entertainer.[1]

Freda Josephine McDonald was born on 3 June 1906 in St Louis City, Missouri to Carrie McDonald. According to her adopted son Jean-Claude Baker, Carrie was the adopted daughter of Richard and Elvira McDonald. Freda Josephine was born at the (white) Female Hospital, Carrie having been admitted 4 weeks earlier. Josephine Baker's estate identifies the father as vaudeville drummer Eddie Carson, which is also the version given by Carrie McDonald. This theory is questioned by Jean-Claude Baker and does not explain the unusual circumstances, if Baker's account is accurate, of Josephine's birth.[2]

In 1919, Josephine, at 13, married Willie Wells, who was living with the Martin family in 1920.[4] The marriage was short-lived. In 1921, Josephine married Pullman porter William Howard Baker. Josephine had already been recruited by the St. Louis Chorus vaudeville show; when the troupe was booked into a New York City venue, she headed to New York, leaving her husband. They divorced in 1925, but Josephine continued to use the last name of Baker professionnally for the rest of her life.

It was the time of the Harlem Renaissance in New York and Josephine performed at the Plantation Club, and in the chorus lines of the Broadway revues Shuffle Along and The Chocolate Dandies. Josephine was cast as the last dancer on the chorus line, and her act was to perform in a comic manner. Her big break came in 1925, with an opportunity to tour in Paris.

Josephine opened with the Revue Nègre on 2 October 1925 and it was an immediate success. The revue introduced the Charleston dance and helped popularize jazz music and Black culture in Europe. After touring Europe, Josephine starred at the Folies Bergère in 1926. Josephine was increasingly popular in France throughout the end of the 1920s and the 1930s; however, she was not as successuful in her native United States. In 1936 she starred in a revival of Ziegfeld Follies on Broadway, but both box office numbers and critics were disappointing. Josephine returned to Europe, and on 30 November 1937, she married French businessman Jean Lion at Crèvecoeur-le-Grand, Oise.[5][6] Through this marriage Josephine became a French citizen and gave up her American citizenship.

In 1939, as soon as France declared war on Germany, Josephine Baker (whose then-husband Jean Lion was Jewish) was recruited by the Deuxième Bureau, French military intelligence, as an "honorable correspondent". Since she had initially publicly supported Mussolini's invasion of Ethiopia, the Axis powers mistakenly thought she was "one of them," and Baker took full advantage of this misconception. In fact, her fame made her the perfect spy. She hid secret messages written in invisible ink on her sheet music, and on at least one occasion she smuggled out microfilms of German military installations by pinning them to her underwear. Fawning immigration officials never thought to take too close a look at the diva's luggage, so she could sneak all sorts of things in and out of countries.[7]

In 1941, she and her entourage went to the French colonies in North Africa, obviously for health reasons (she was recovering from a pneumonia and also suffered a miscarriage, complicated by an infection) but the real reason was to continue helping the Resistance. After her recovery Josephine started touring to entertain British, French, and American soldiers in North Africa. She allowed no civilians and charged no admission.

After the war, Josephine received the Croix de guerre and the Rosette de la Résistance, and was made a Chevalier of the Légion d'honneur.

Although based in France, Josephine Baker supported the Civil Rights Movement during the 1950s. She refused to perform for segregated audiences in the United States. In 1951, after being presented with life membership with the NAACP by Dr Ralph Bunche, she participated in "Save Willie McGee" rallies. Josephine was bolstered by the racial equality she had experienced in Europe, but in the US she was increasingly regarded as controversial because of her outspokenness and racy reputation from her earlier years. In 1963 she spoke at the March on Washington at the side of Rev. Martin Luther King Jr.

Josephine Baker was bisexual. She was married four times and had several liaisons with both men and women.[8]

Josephine's third marriage to Jean Lion was again short-lived (they separated in 1941). She married French composer and conductor Jo Bouillon on 3 June 1947 at Castelnaud-Fayrac in Dordogne. Josephine had spent time in the village since 1940, renting the château des Milandes, which she eventually bought in 1947.

Josephine had at least one miscarriage during her third marriage and could no longer have children. During her marriage to Jo Bouillon she adopted 12 children from various countries, whom she called her "rainbow tribe". This contributed to straining her marriage, which ended in 1957. All Josephine's fortune was spent in maintaining Les Milandes, where she raised her children with the help of numerous personnel; in 1964, she was heavily in debt and pressured to relinquish her castle, which was eventually sold in 1968. Her longtime friend Princess Grace offered her a home in Roquebrune and Josephine continued her shows.

On 10 April 1975, a few days after the beginning of her retrospective revue Josephine à Bobino celebrating her 50 years in show business, Josephine suffered a cerebral hemorrhage. She died two days later, on 12 April 1975, at the Pitié-Salpêtrière hospital, 47 boulevard de l'Hôpital in the 13th arrondissement of Paris.[9] She was buried in the Cimetière de Monaco after a Roman Catholic funeral at La Madeleine where she received full military honors.[10] In 2021 her remains were reburied in Crypt XIII (Caveau XIII) of the Panthéon in Paris.[11] 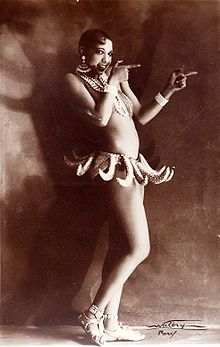 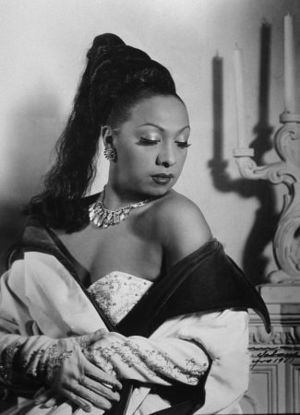 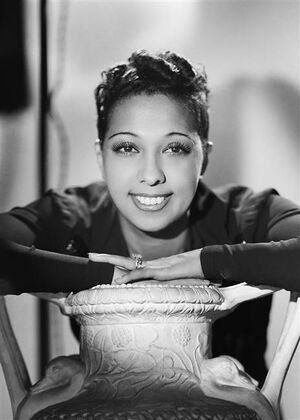 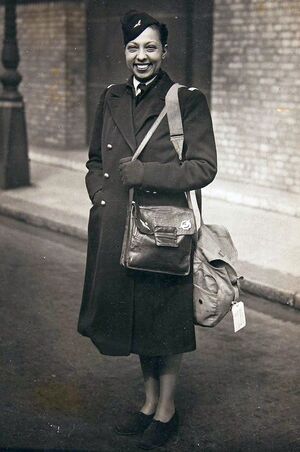 Mary Gossage
She's a beauty isn't she. She and the mother of a dear friend resemble one another. My friends mother is also part native american.

This website says there is also a younger brother named Richard and two half sisters. https://www.blackpast.org/global-african-history/baker-josephine-1906-1975/