Samuel was born 9 Feb 1758 in Hyattstown MARYLAND. He was the firstborn of John and Charity MCDOUGLE.

There was a Samuel MCDOUGLE who witnessed the deed transfer from Alexander to Charity in 1843; this was perhaps the same Samuel. It also gives rise to some speculation that Samuel was the son of Alexander. However, there is considerable material on the ancestry of Alexander which does not seem to include a son Samuel. It is probable the 1850 listing is also the same Samuel.

1850 census.[3]This listing gives a Samuel, age 43, a farmer born in PA, with wife Catherine 42. One of their seven listed daughters was named Charity, evidence that this Samuel was the son of either Samuel or Alexander. There is no evidence that Alexander had a son named Samuel; his son John had a son Samuel Jackson, age 15, in the 1850 census. The Samuel in the 1850 census, age 43, could not be descended from Samuel`s brother Benjamin. Thus it is plausible that the above German Township mentioned Samuel refers only to Samuel, Samuel Jackson, and Samuel(S?).

ask our community of genealogists a question.
Sponsored Search by Ancestry.com
DNA Connections
It may be possible to confirm family relationships with Samuel by comparing test results with other carriers of his Y-chromosome or his mother's mitochondrial DNA. Y-chromosome DNA test-takers in his direct paternal line on WikiTree: It is likely that these autosomal DNA test-takers will share some percentage of DNA with Samuel: 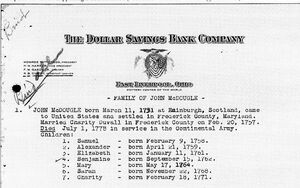 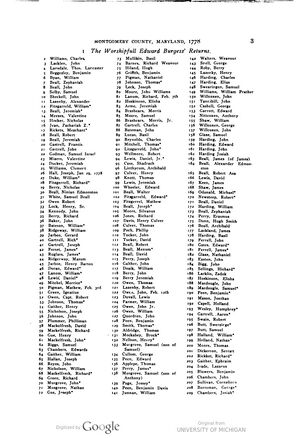