Born in Omaha, Nebraska, McGuire was the only child of Thomas Johnson McGuire and Isabelle Flaherty McGuire. She began her acting career on the stage at the Omaha Community Playhouse.

After her father's death, McGuire attended a convent school in Indianapolis, Indiana. She later attended Pine Manor Junior College in Chestnut Hill, Massachusetts, serving as president of that school's drama club. She graduated from Pine Manor when she was 19.

Married to Life magazine photographer John Swope (1908–1979) for more than 35 years, she had a son, photographer Mark Swope, and a daughter Topo (born 1948), who also became an actress.

McGuire died of cardiac arrest on Thursday, September 13, 2001 following a brief illness at the age of 85, two days after the 9/11 attacks.

Brought to Hollywood by producer David O. Selznick (who called her "a born actress") on the strength of her stage performance, McGuire starred in her first film Claudia, a movie adaptation of her Broadway success, portraying a child bride who almost destroys her marriage through her selfishness. Her screen performance was popular with both the public and critics, and it was the catalyst for a sequel titled Claudia and David and other film roles.

By 1945, at age 29, she played the mother in A Tree Grows In Brooklyn. She was nominated for the Academy Award for Best Actress in 1947 for Gentleman's Agreement. Other notable films include Till the End of Time, The Enchanted Cottage, A Summer Place, Three Coins in the Fountain, Friendly Persuasion, Old Yeller, Swiss Family Robinson, The Greatest Story Ever Told and The Dark at the Top of the Stairs.

McGuire had a long Hollywood career. Her versatility served her well in taut melodramas, such as The Spiral Staircase and Make Haste to Live, as well as in light, frothy comedies, such as Mother Didn't Tell Me and Mister 880.

For her contribution to the motion picture industry, Dorothy McGuire has a star on the Hollywood Walk of Fame at 6933 Hollywood Boulevard. It was dedicated February 8, 1960.

ask our community of genealogists a question.
Sponsored Search by Ancestry.com
DNA
No known carriers of Dorothy's ancestors' DNA have taken a DNA test. 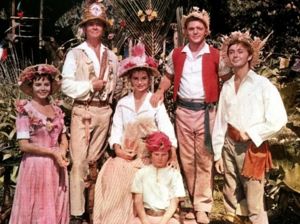 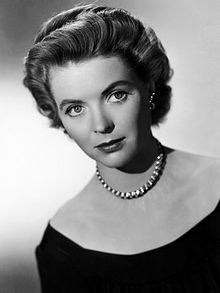