James was a blacksmith in earlier days and then became an auto mechanic as the automobile came into use.

21 Jan 1893: Edith Keller died 15 Jan 1893, after being shot through a window at her home six miles northeast of Dongola Friday night, aged about 60 years. She was a widow and lived with four daughters, two of them widowed. The coroner’s jury determined she was shot by James Levi McIntire or Francis Settlemoir, who was actually aiming at one of her unmarried daughters. 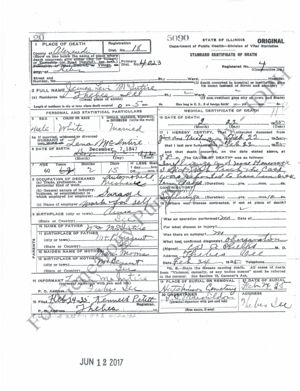