Robert was born about 1797, passed away after 1848 but before 1850 in Arkansas, possibly Johnson county.

He and Judith moved from Alabama to Arkansas near Pope & Johnson county lines as they are shown in both counties.

in 1819 Robert appeared on the tax roll for Huntsville, Alabama [2]

Listed as delinquent on his taxes in the amount of $602.40 for the year 1820. He was sued and judgement was obtained.

In the election of the General Assembly of the Territory of Arkansas, on Monday last ... In the Legislative Council, on the 3rd balloting Robert McMickin was elected Door-keeper. McMickin 12 votes, Shannon 5 votes, Gray 1 vote. [4]

ask our community of genealogists a question.
Sponsored Search by Ancestry.com
DNA Connections
It may be possible to confirm family relationships with Robert by comparing test results with other carriers of his Y-chromosome or his mother's mitochondrial DNA. However, there are no known yDNA or mtDNA test-takers in his direct paternal or maternal line. It is likely that these autosomal DNA test-takers will share some percentage (beta) of DNA with Robert: 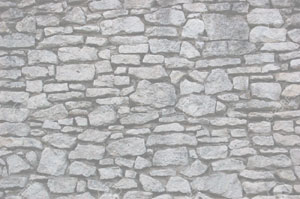