Bette Clair McMurray Nesmith Graham of Texas developed the product known as "liquid paper". She was also the mother of Michael Nesmith, a member of the band The Monkees in the 1960s.

She was born in Dallas, Texas to parents Jesse McMurray and Christine (Duvall) McMurray. She dropped out of high school at the age of 17. At the age of 19, she married Warren Nesmith. While he was away at World War II, Bette had a baby Michael. Warren and Bette later divorced.

In the 1950s, Bette worked as a secretary in a bank using the new IBM typewriter. When she tried to erase her mistakes, the ink left nasty smudges on the paper. With a lot of hard work and determination, she worked her way up from the typing pool to becoming an executive secretary. Graham found her work appeared messy when she tried to erase her mistakes with a pencil eraser. She thought she could paint over the smudges, so she started using tempera paint to cover her mistakes. She referred to it as "Mistake Out", for the removal of typographical errors.

By 1956, she was mixing her special paint and bottling it at home and selling it. By 1958, a general office trade magazine did an article about her product and referred to it as "liquid paper". Suddenly she had hundreds of orders at once. From there she developed her own company, called "Liquid Paper Company". By 1975, the company had 200 employees and sold 25 million bottles in that one year.

Bette died in 1980, age 56, leaving half her fortune to charity and the other half to her only child Michael.

Is Bette your relative? Please don't go away!

ask our community of genealogists a question.
Sponsored Search by Ancestry.com
DNA
No known carriers of Bette's DNA have taken a DNA test. 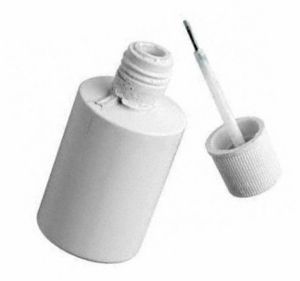