Kay was an Irish Mathematician.

Kathleen "Kay" McNulty Mauchly Antonelli, 85, died of cancer Thursday night April 20 at Keystone Hospice in Wyndmoor. A computer pioneer, one of the original programmers of the first electronic computer, ENIAC, she was the wife of John W. Mauchly who died in 1980, and of Severo Antonelli, who died in 1995.

Kathleen was born February 12, 1921, in Creeslough, County Donegal, Ireland, and came to this country with her family when she was a young girl. She was the daughter of James McNulty, an Irish patriot and a commandant of the Doe Battalion of the Irish Volunteers during the Irish Rebellion, and Anne Nelis McNulty. She grew up in Wyndmoor and Chestnut Hill, speaking only Gaelic until she started school at Our Mother of Consolation, and attended Hallahan Catholic High School in Philadelphia.

Kathleen was graduated from Chestnut Hill College in 1942 with a bachelor's degree in mathematics. During World War II she took a job as a "computer" at the Moore School of Electrical Engineering at the University of Pennsylvania, calculating ballistic firing tables for the Army. She was quickly promoted to working on, and then supervising, these computations on the Differential Analyzer, an electro-mechanical analog calculating device that could do the same trajectory calculations in a fraction of the time. Eventually, she was invited to work on the ultimate in high-speed machines, being developed in secret at Penn as part of the war effort. This was the ENIAC, the first general-purpose electronic computer, able to do calculations 1,000 times faster than the commissioned to program this computer, literally the first programmers of the first fastest machines of the day. Kathleen was part of a team of six women who were computer. She figured out how to design programs by studying the block diagrams of the new machine. She helped program the ENIAC with its first major problem, the feasibility of the H-Bomb, a calculation problem brought to Penn by the scientists from the Manhattan Project at Los Alamos.

After the War, the ENIAC was moved to Aberdeen Proving Ground, and Kathleen moved with it, helping with the complicated process of dismantling and reassembling a behemoth that used some 18,000 vacuum tubes to do the work of calculation at electronic speeds. During this time, she got to know John W. Mauchly, who, with J. Presper Eckert, had designed the ENIAC. In 1948 she married Mauchly, and in 1950 they moved to Ambler, PA where they raised seven children at Little Linden Farm.

Kathleen participated in future computer developments as a sounding board for her husband's ideas, also serving as an officer and treasurer of companies he founded, while taking an active role in the community. She was a Girl Scout leader for many years, and Cub Scout Den mother. She also was an active volunteer and frequent substitute teacher at St. Anthony's School in Ambler, and St. Matthews in Conshohocken.

After John Mauchly's death in 1980, Kathleen married Severo Antonelli, a world-renowned photographer of the Italian Futurist School and founder of the Antonelli Schools of Photography.

In later years she stayed involved with the history of computers. She was a sought-after speaker for events such as the ENIAC anniversary celebrations, ACM (Association for Computing Machinery) meetings, and openings of computer history museums. She wrote an IEEE journal article "John Mauchly's Early Years" and assisted several authors in writing books about Mauchly and the ENIAC.

Honored for many years as the widow of inventor John Mauchly, she eventually achieved recognition for her own role in computer history as someone who created and helped define the work of software programming. In 1997 she was inducted into the Women in Technology International (WITI) Hall of Fame. Her oral history was recorded in 1998, and is part of a documentary film on the ENIAC programmers called "The Computers." She has received numerous awards, including an honorary doctorate from her alma mater, Chestnut Hill College. A scholarship in computer science is named in her honor at the Letterkenny Institute of Technology in Ireland. 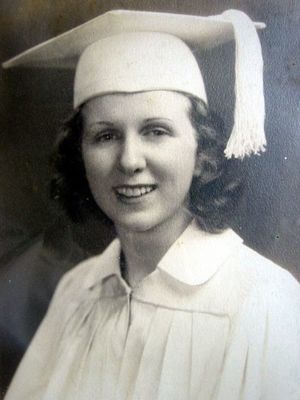 Kay is 27 degrees from Mary McCauley, 33 degrees from B. W. J. Molier and 22 degrees from Henry VIII of England on our single family tree. Login to find your connection.