Mary was born about 1716 in N. Ireland, the daughter to William McPheeters, Jr. and Rebecca Thompson. Mary McPheeters passed away in Oct 1764 with her husband Alexander Crawford at the hands of Indians in their home.

Alexander and Mary (McPheeters) had the following children;

She was murdered by Indians and there is no gravestone for her, according to the D.A.R. 1934 inventory by the Col. Thomas Hughart Chapter.
Some records say she was born in ABOUT 1716 in Ireland and that she died prior to November 1764. No sources are listed.
The Family History of Col. John Sawyers and Simon Harris and their Descendants," by Madison Monroe Harris and William Randolph Carter, pages 134-35 had data on the Indian Raid and says she was tomahawked.
Hebron Presbyterian Church, 1746 - 1996, compiled in 1996 for the 250th Anniversay of the Church, page 24 says Hugh Young, Alexander Crawford and Mary Crawford were murdered by the Indians in 1764, are known to have been buried at the Glebe Cemetery. They have no markers. No dates are given for them.

The story of Alexander Crawford and his wife were murdered by Indians, in October, 1764, it is believed. All we know certainly in regard to Crawford's latter days is, that he was alive February 18, 1762, when he became one of the securities of Thomas Gardiner, jr., in a guardian's bond; and that he was dead by November court, 1764, when his administrator qualified.

His wife's maiden name was Mary McPheeters. He acquired an extensive tract of land in Augusta, covering a part of the Little North mountain, and extending far out into the plain. It embraced sixteen hundred and forty acres. His dwelling stood on a knoll, at the eastern base of the mountain, and looked out towards the rising sun on a wide tract of level land. It was "beautiful for situation." The spot is about two miles northeast of Buffalo Gap, and a hundred yards south of the present residence of Baxter Crawford, a great-grand-son of Alexander and Mary. The site of the house is now marked by a thicket, surrounding a pile of unhewn stones which composed the chimney

Here Alexander and Mary Crawford had eleven children, seven sons and fonr daughters. They had an abundance of all the good things the times and country afforded, and until the Indian wars arose, lived in peace and plenty. They belonged to a God-fearing race, and doubtless walked in the old ways of their pious ancestors. The father and mother, were, however, both slaughtered by savages, on their premises, with no human eye near enough to witness the tragedy.

Much uncertainty has existed as to the date of the occurrence. But at November County Court, 1764, William McPheeters qualified as administrator of Alexander Crawford, and, although some of the latter's descendants insist upon an earlier date, it seems highly probable, if not absolutely certain, that the slaughter was perpetrated in October of the year mentioned.

The rumor had gone abroad that an invasion by Indians was threatened, and all the Crawford family had taken refuge in a house at the Big Spring. This house was called a fort, being better able to resist an attack than most dwellings of the period, and was often resorted to by the people around in time of danger. It is probably the ancient stone house, still standing and used as a dwelling, on the south side of Middle river, two miles south of the present village of Churchville, and about three miles from Alexander Crawford's. It has long been known as the "old Keller house." The windows are few in number and very narrow, hardly more than a foot wide.

On the day of the slaughter, early in the morning, it is said, Alexander Crawford and his wife returned home to procure a supply of vegetables, while two of their sons, William and John, went upon the mountain to salt the horses which had been turned out to graze. From their elevation on the side of the mountain, the two youths saw the smoke and flames of the burning homestead.

We may imagine that the men of the neighborhood were somewhat slow to assemble. No one knew but his house would be attacked next, and every man felt it necessary to protect his own family if possible. When the people rallied and repaired to the Crawford place, the dwelling had been consumed by fire. The charred remains of Alexander Crawford were found in the ashes, showing that he had been killed in the house. His wife's body was found outside, and it was inferred that she had attempted to escape, but was overtaken and tomahawked. The remains of both were gathered up and buried in the Glebe graveyard.

The sale bill of Alexander Crawford's personal estate amounted to 333 British P. about $1,114, a larger sum than was common at that day. We mention as some indication of the state of the times. that among the articles sold by the administrator were a still and a wolf trap. All the family records and other household effects perished with the dwelling.


Memories: 1
Enter a personal reminiscence or story.
Nelson Crawford
KILLED BY INDIANS WITH HER HUSBAND WHILE GETTING VEGETABLES. SHE TRIED TO FLEE WHILE IN THE FRONT YARD AND WAS SCALPED. ALEXANDER CRAWFORD ASHES WERE FOUND IN THE BURNED HOUSE. THEIR SONS, ALEXANDER AND PATRICK CRAWFORD WAS ON HILLTOP FEEDING THE CATTLE AND SAW THE MASSACRE OF THEIR PARENTS.
posted 6 Dec 2011 by Nelson Crawford
Login to add a memory.
Is Mary your ancestor? Please don't go away!

ask our community of genealogists a question.
Sponsored Search by Ancestry.com
DNA Connections
It may be possible to confirm family relationships with Mary by comparing test results with other carriers of her mitochondrial DNA. However, there are no known mtDNA test-takers in her direct maternal line. It is likely that these autosomal DNA test-takers will share some percentage (beta) of DNA with Mary: 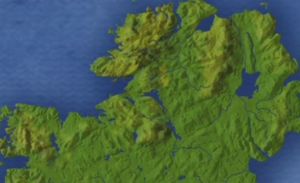 Leave a message for others who see this profile.
There are no comments yet.
Login to post a comment.
Nancy (Allen) Jones
Find A Grave doesn't mean anything without sources.
posted Oct 24, 2019 by Nancy (Allen) Jones

Wayne Prather
I did not add all the children when I posted the entry. I put a whole line in at the time, there were 11 children.

all of them are property listed in the Annuls Of Agusta. The R1 line seems to have picked the 1700s to split into R1a and R1b. There are both R1a and R1b divideing into the 2 seperate lines at that point. I try to verify both before and after the ancestor to verify. I find a lot of persons based only on Autosomal that way. Keep in mind that the Autosomal will include everyone and if you put a person in that dosent belong it can wipe out a lot of valid research.

These 4 and others represent A Paternal Crawford line which is the reason you will find the little check mark on their profile if you check. Thats the YDNA line (Paternal) if you havent figured that out. look on FTDNA and you will find that its already figured out for you, for further info and HELP also go to the McDonald site and find The CTS4179 bunch there which are also labled for ease in researching.

I'd lean towards merging. The Annals of Augusta does list all the children 11 (9 +2) as coming from one mother names Mary McPheeters. There are some issue with birth dates and birth order. Also, the grandchildren and spouse I looked at seem to aligne. Also, the criteria for merging is not that everything has original sources. The source is from 1888 so it a least it is closer in time to by 125 years than now. Also, if we are waiting for information the merge should be set to unmatched unless you are making a definitive statement they are different people, which I do not believe you are. That is my take from reading https://www.wikitree.com/wiki/Help:Matching_and_Merging_FAQ.

On the other hand, is there any evidence for there being two Mary McPheeters that married Alander Crawford?

Ron Wyatt
McPheeters-26 and McPheeters-199 do not represent the same person because: Not clearly duplicates. The only common facts are husband's name and year of death. Many children listed, but not two of them match. There is not enough confirming evidence to assume they represent the same person. Possibly, but more evidence is needed.
posted Mar 26, 2018 by Ron Wyatt

Ron Wyatt
McPheeters-199 and McPheeters-26 do not represent the same person because: Jim, I'm not going to approve this merge. Not that I am saying the data isn't valid, I am saying that you didn't offer much evidence to support the merge. The source you gave (Annuls of Agusta) doesn't have any sources of it's own. The 199 profile listed only 2 children, and neither of them were among the 9 in the 26 profile. I would be happy to reconsider should you find more evidence. The other profile manager may not agree with me, but my opinion is no for this merge. Good luck to you!
posted Dec 31, 2017 by Ron Wyatt