Wikipedia says that James Birdseye McPherson (November 14, 1828 – July 22, 1864) was a career United States Army officer who served as a general in the Union Army during the American Civil War. McPherson was on the General's staff of Henry Halleck and later, of Ulysses S. Grant and was with Grant at the Battle of Shiloh. He was killed at the Battle of Atlanta, facing the army of his old West Point classmate John Bell Hood, who paid a warm tribute to his character.

He was the second highest ranking Union officer killed during the war.

Maj. Gen. James McPherson was Killed in Action, shot by Confederate skirmishers after ignoring a surrender demand while riding to the XVII Corps during the United States Civil War. 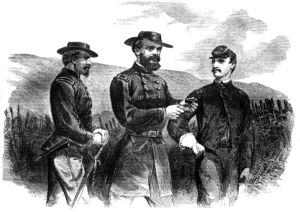 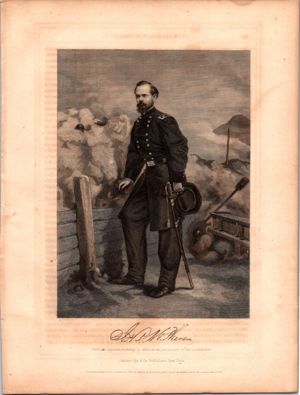