Lelia Walker was born in 1885 to Sarah Breedlove aka. Madam C.J. Walker and Moses McWilliams. After the tragic death of her father, when she was only two years old, she and her mother moved to St. Louis, Missouri to escape the racial tensions of the south.

Lelia grew up in St. Louis and later attended Knoxville College in Tennessee. Her mother worked tirelessly as a washerwoman to earn the money to further her daughter's education. In 1905 her mother moved to Denver, Colorado where she was getting her hair products company started. This is where she met Lelia's step-father, Charles Joseph Walker whom Lelia adopted last name from.

The Lelia College for Beauty Culture was opened in Pittsburgh, Pennsylvania where the family moved in order to sell their products to a larger market. Lelia was instrumental in getting her mother's company started.

After her mother's passing in 1919, she became president of the Madam C. J. Walker Manufacturing Company headquartered in Indianapolis, Indiana.

Once coined as "The Joy Goddess of Harlem's 1920's" by poet, Langston Hughes, A'Lelia (her new name) threw lavish parties at her late mother's estate in Irvington, New York as well as at her New York City homes. Villa Lewaro was host to many great writers, artists, activists, and social thinkers such as, W.E.B. Du Bois, Zora Neale Hurston, James Weldon Johnson, and Hughes. These parties were also a safe haven for members of the gay community, who were among these influential party-goers.

She died at the age of 46, at the home of a friend, in Long Branch, New Jersey. Thousands turned out to pay her tribute.

Is A'Lelia your ancestor? Please don't go away!

ask our community of genealogists a question.
Sponsored Search by Ancestry.com
DNA
No known carriers of A'Lelia's DNA have taken a DNA test. 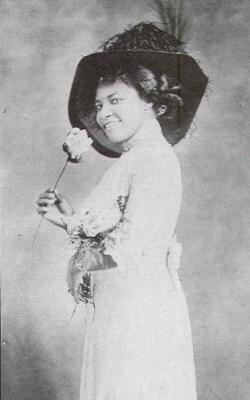 Diploma from The Lelia College 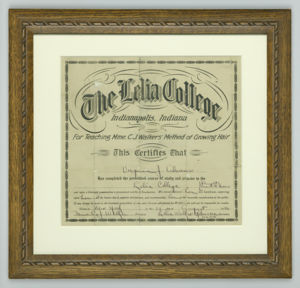 Tiffany Thompson
Walker-65 and McWilliams-1111 appear to represent the same person because: Sarah Breedlove (Madam CJ Walker) had only one daughter from her union with Moses McWilliams shortly before his untimely death.
posted Feb 21, 2019 by Tiffany Thompson