The story continues as Ellis James Roberts left Long Marston at an early age and then migrated to Australia in 1895, aged 19, on board the Lusitania.

He came to Renmark to learn fruit growing on Mrs. Everett’s block. After 2 years he left to work at the Mount Magnet goldmine. Link to historical town where mine is still operational in Western Australia: [1] . He returned to Adelaide where he met Charlie Chaffey, one of the founders of Renmark. He took up Mr. Chaffey’s suggestion of returning to Renmark and finally settled there. He worked for the Chaffey Brothers as manager of the olive pressing plant on Olivewood Estate until he became a landowner.

He first bought land on Bookmark Avenue in Renmark West and is mentioned in the Renmark Irrigation Trust No. 1 Register of Members of June 14th 1899 page 42. Later, he was impressed with the possibilities of the land commonly called Chapman’s swamp. He bought this 10 cares of land for £100 and cleared it himself. He was quoted as saying that he was most pleased with the acquisition. He then purchased 10 acres of Deramore’s estate where his son Ted originally lived. His final purchase was the property owned by Mr. J. Smith. He built a new house on this land. By July 1935 in an article in the Murray Pioneer, he owned 55 acres of land ‘among the best cultivated soil in the settlement.’’ This article further states that ‘the home of Mr. and Mrs. Mead is the meeting place of their family. Sons and daughters have helped father and mother, and now in their turn sons and daughters like to visit the man and his good wife who have done their share nobly in establishing Renmark. Not many nowadays can say they have gone through what Mr. and Mrs. Mead did. Their pleasure in life was the work they were engaged in. They toiled with an object in view, and, as Mr. Mead said, “We have, to a large extent, won through”.’


Memories: 1
Enter a personal reminiscence or story.
Helen (Mead) Seretis
THe family has a book that was presented to Jim when he was 9. It was called

" The treasure on the beach and what it did for Gilbert West " by M.A.P. The inscription reads Wesleyen Sunday School Awarded to J. Mead for attendance and good conduct 1884. 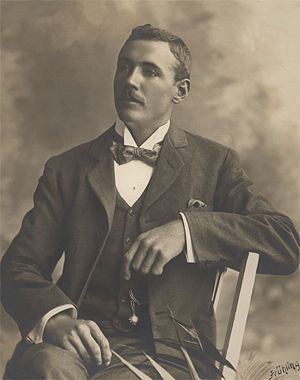 Leave a message for others who see this profile.
There are no comments yet.
Login to post a comment.
[Living McCann]
Hi Helen! My name is Crystal - a Community Assistant here on the site. I just created http://www.wikitree.com/wiki/Space:Lusitania, which links to this profile. An important aspect of the WikiTree project (but so far underutilized) is the potential for adding historical context to family history and the unusual collaboration this can spark. By creating general pages with links to individual ancestors we're giving Google something to index. This way, down the road if someone out there searches for "Lusitania" or "Lusitania passengers", they have a good chance of ending up here and hopefully participating - and connecting. Crystal
posted Sep 12, 2009 by [Living McCann]