1896 February 18th William enlisted in the 12th Lancers for 12 years, 7 years in Army Service and 5 years in the Reserves. At the time of his enlistment he was 18 years and 1 month old, a Labourer. He was 5 foot 7 inches tall, weighed 123 pounds had a fresh complexion and blue eyes.

1901 Census William was in South Africa.

1903 February 17 he completed his Army Service and transferred to the reserves for his final 5 years.

1911 Census William is 33 and working for Sir George LUCK as a Coachman in Landford Lodge nr Salisbury. Also working there as a Lady's Maid was Mary Ann GREEN.

1915 September 11th William Thomas MEAD and Mary Ann GREEN marry at Emmanuel Church, Paddington. He was 37, she was 36. He was still working at Landford Lodge but was now a Motor Driver. Mary's father was Adam Ferguson GREEN.Two of Mary's siblings witnessed the marriage as did Mary Jane THORNE, William's sister.

1916 in the December quarter Marjorie S MEAD is born - Mead Marjorie S Green Salisbury 5a 245. As the birth was in Salisbury and at the time of his marriage William was still living there it's fair to assume that it was from here that he re-enlisted and went to join the Cavalry Reserve in Curragh, County Kildare.

As to the report that William died from wounds received in an air raid, I don't think it too fanciful to imagine that he could have been injured in an air raid while he was on leave, and subsequently died from wounds he received. There was a big raid on London in 1917: On 14 June 1917 the largest WWI air raid on London was carried out, resulting in 160 deaths and many injuries. In this raid fourteen Gotha bombers bombed the Royal Albert Dock, Liverpool Street Station, and a school in Poplar, killing seventeen children and resulting in public outrage. Further raids followed during 1917 and 1918.

I've been unable to find any service records or Medals for William and would guess that he never went to France, that he had only just re-enlisted and was - probably - still undergoing some form of training when he received the injuries that eventually led to his death.

I received the following from Matt McNamara who manages the Curragh History site : http://www.curragh.info/cemetery.htm

"The photograph is indeed from the Curragh as I can make out the stone mason's name and Town on the bottom. Walshe would be a fairly popular name around the locality and Newbridge is the town in which I live, which is only two miles from The Curragh Camp. I am afraid that a lot of the Headstones have fallen in time and judging by the condition of the headstone in the photograph, it may well have been taken many years ago. You are also correct in saying that there were no Air Raids during WW I on The Curragh, however many of the Battlefield injured were shipped back to Ireland on chartered Hospital ships and special trains were arranged to transfer the wounded from Dublin port to The Curragh railway siding at the back of the Curragh Racecourse. The Curragh Hospital is quite large, in fact I was born in the family section of the hospital in 1967. There are plenty of documented cases of soldiers dying in the Curragh Military Hospital from injuries received at the front many weeks later. I am wondering if William Thomas Mead is one of them ?

I don't recollect seeing his headstone in my walks around the Cemetery, but I will keep an eye out for it the next time I am up there.

Great photograph by the way, I hope you don't mind if I put it up on the site ??

If I come across anything else I will pass it on to you.

The headstone he refers to is, of course, the one that appears on this page.

During this period (18 when he joined, 30 when he was discharged) he was a Private and unmarried.

At some point after leaving the Army he took up the position of Coachman to Sir George Luck and the 1911 census has William Thomas Mead born about 1878 in Hendon Middlesex, living in Landford Wiltshire. He was a coachman in the household of George Luck. It would appear that, at the outbreak of war, he re-enlisted and, somehow ended up in County Kildare.

There is also a Lady's Maid recorded at Landford Lodge in the 1911 Census; her name was Mary Ann Green born in Wales and 31 in 1911. I think we can go firm on Mary being the wife of William.

Note that 1) on his gravestone he is still a Private, he never made Corporal and 2) there were no air raids on Ireland during WW1.

We know, from his gravestone: 1)That he died on December 7 1917. 2) his wife was Mary Ann and she lived in Landford, Salisbury, Wiltshire.

From the newspaper article we know that Now for the conjecture.he died, from wounds received, during an air raid on County Kildare. The article also tells us that before joining up he was chauffeur to Sir George Luck - of Landford Lodge, Salisbury, Wiltshire.

So we now have 2 references to Salisbury.

Now for the conjecture.

I've found a marriage (on FreeBMD) for William T MEAD and Mary A GREEN. December qtr 1915 Paddington 1a 75. Paddington is a fit.

If this is the correct marraige then the following birth also fits.

posted 20 Mar 2012 by Simon (Mead) Meade   [thank Simon]
Helen (Mead) Seretis
The article below was printed in The Murray Pioneer (the Renmark, South Australia, local paper)on May 17th 1918, during World War 1. The photo of his grave indicates he had a wife, Mary Ann. Additional information from an unknown source suggests he had a daughter, Marjory who married a William Matheson. It is said they had a son Derek born in 1943.

Extract from The Murray Pioneer: “Mr. J Mead recently received news of the death of his brother Corporal W Mead of the 12th Lancers, who died in the Kildare military hospital as the result of wounds received during an air raid. Cpl. Mead served through the Boer War with his regiment, which brigaded with Methuen’s force. He was present at the battle of Modder River and the capture of Cronje at Paardeberg. He was corporal of Garrison Police at Maitland, South Africa for a time and whilst there Mr. W. Cuttle of Renmark, who was serving with the Australian contingent just caught a glimpse of him and had a few minutes chat. The late Corporal Mead possessed the medal and 5 clasps for service in the South African War. He served 6 years with the colours and 6 years on the reserve, and at the time of the outbreak of the present war he was chauffeur in the service of Sir George Luck. When he was called up in the present war he was attached again to his old regiment.

Another brother of Mr. Mead, who is acting sergeant in the 12th Royal Lancers and who has been serving in the present war since August 18th 1914, was still well at the time of writing. Acting Sergeant Mead passed through some of the severest fighting in the early stages of the war and also the later severe stunts. Mr. Mead has another brother serving with the Royal Artillery who was also well when he last heard from home.”

posted 10 Sep 2009 by Helen (Mead) Seretis
Login to add a memory.
Is William your ancestor? Please don't go away! 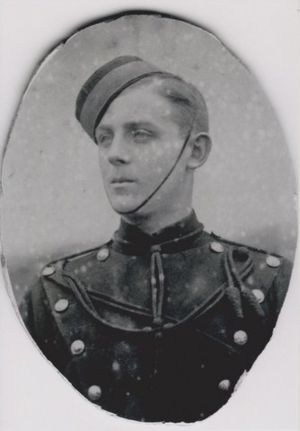 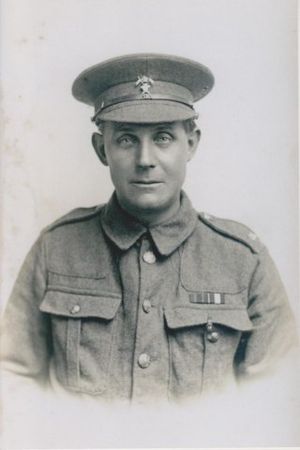 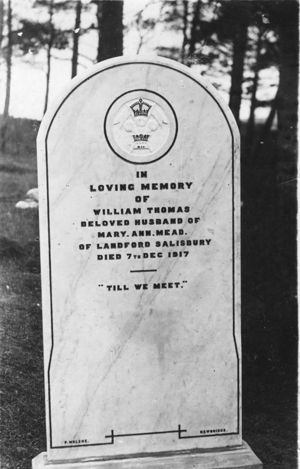 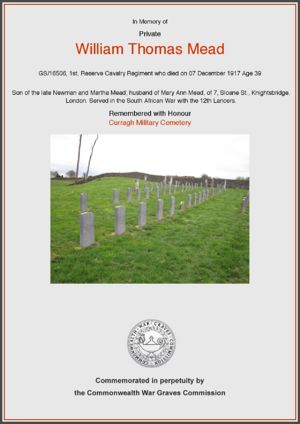