The seventh child of Newman and Martha was Ruth Mabel Mead born 27 February 1885.

Whilst not having a copy of Ruth’s birth certificate, the original copy of the register of her birth shows the birth was registered been on 24 April 1885 in Hendon.

Ruth had originally married James George Wright on 22/02/1920 at St Barnabab Church, Islington but he died, apparently due to complications resulting from the First Wold War (details of James and the complications are all unknown). She later met and married Walter William Freeman on 20/03/1926 at The Parish Church in Walton, Aylesbury. Walter was 9 years her junior. They had one son Norman Walter (born 25 March 1930) who married Phyllis Mary Wheeler and had three children, Roger, Michael and Diane.

Norman and his wife Phyllis attended the Mead family reunion in Long Marston in 1994.

According to Norman Freeman: • Ruth and Bill (he preferred William to Walter and prefererd Bill to William!) had met through Ruth’s sister, Mary Thorne (wife of George Thorne who was a railway guard on the LMS - London Midland Service at the old station that used to exist at the bottom of the High Street in Aylesbury) who lived at 67 Chiltern Street Aylesbury where both Ruth and Walter were staying. • Not sure why Ruth was staying at her sisters. She may have been lodging there or just having a holiday. Her first husband had died sometime in the preceding 6 years. Walter was there probably because he was doing some work on the railway line at or near Aylesbury and, may be, knew George through both of them working on the railway. • Ruth had a number of miscarriages before giving birth to their only child, Norman Walter 25 March 1930 weighing in at 12 lbs!!! • Ruth enjoyed singing and was quite an accomplished soprano. She used to sing in “the Sister Hood” an amateur group that, similar to the WI (Women’s Institute) used to meet to sing and go on social outings. • Good cook • “Snappy dresser”.

Ruth died 27 July 1964 in Stoke Mandeville Hospital, Aylesbury, her husband and son, Norman, present at the death. The death certificate shows the death certified as "1a Systemic Lupus erythomatosus". The funeral was on 31 July at Oxford Crematorium. Ruth's husband carried on living in Aylesbury until c. 1966 when he moved to Brackley in Northamptonshire to live with his two younger sisters. He died in July 1970.

Sadly, Ruth’s son, Norman, has absolutely nothing of his mother's other than a book "The Father of Methodism" published in 1891 and presented to Ruth on 2 March 1891 by Clapton Weslyan Sunday School. Inside, Ruth has written her address as "Conduit Street Upper Clapton".

ask our community of genealogists a question.
Sponsored Search by Ancestry.com
DNA Connections
It may be possible to confirm family relationships with Ruth by comparing test results with other carriers of her mitochondrial DNA. However, there are no known mtDNA test-takers in her direct maternal line. It is likely that these autosomal DNA test-takers will share some percentage of DNA with Ruth: 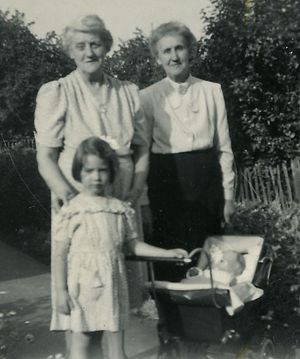 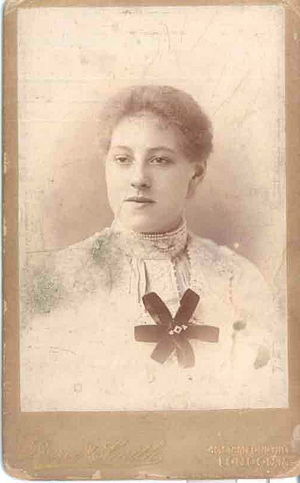 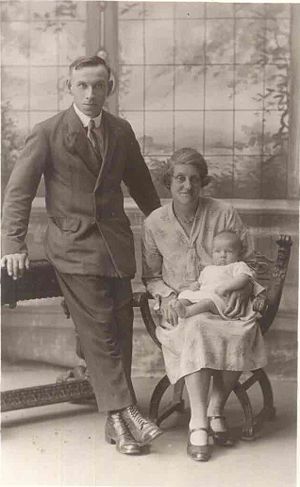 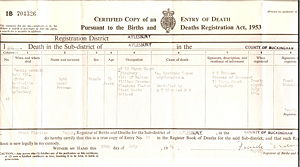