It seems he was named after his father, Newman.

From records it seems that Jack was born in Hackney.

Jack was a mounted policeman in the London Metropolitan Police. He also served in World War 1.

It was 1951 when Newman passed away from pneumonia.

In the census of April 1911 Jack was described as a 'Milk Carrier', in all probability transporting milk for the Dairy his father worked for. However, later that year, in May 1911, he enlisted in the 12th Lancers, 3447 Trooper Mead, NJ. May 1911 is when this number for the Corps of Lancers was issued. He probably chose the 12th Lancers as that was the regiment that his elder brother, William Thomas, had served in during the Boer War.

Whatever the reason he arrived in France on the 15th August 1914 and was one of the original expeditionary force arriving in France to meet the German Army. By the time he joined the regiment he held the rank of Lance Corporal (which was an appointment and unpaid back then) and there is a photo of him in the dress uniform of the 12th Lancers where his L/Cpl stripe can be seen.

The 12th Lancers served on the Western Front throughout World War I. In the mobile opening months of the war, cavalry played a vital role. On 28 August 1914, C Squadron of the 12th Lancers, led by Lt-Col Wormald, made a successful charge against a dismounted squadron of Prussian Dragoons at Moy.

We don't know what Jack's particular role was during WW1 but we do know that he progressed from the rank of Trooper in 1911 to Squadron Quartermaster Sergeant in 1920. Quite a fast promotion but, during the war, it was quite possible if he was a good soldier and other soldiers were killed and in all 166 officers and men of 12th Lancers died in World War I. He served with the lancers until 1920.

The above history has been gleaned from the few wartime documents that still exist.

Jack's medal cards do hold a little more information, they confirm his entry into France and, on one of them there is a note that, on 12 Jan 1921 the Commisioner of the Metropolitan Police had forwarded a role of Police Constables entitled to medals.

Anybody interested in finding out more about these medals can find many sites that give both photos and explanations. eg: http://www.1914-1918.net/grandad/themedals.htm

3) Some of Jack's Police service records still exist and there are copies in the National Archives.

posted 27 Jul 2012 by Simon (Mead) Meade   [thank Simon]
Helen (Mead) Seretis
From Val Scales (nee Mead) 6/10/2009. My grandfather was Newman John, my name for him was Parda (I have no idea how that name came about.) My recollections of him are unfortunately a little vague as he died when I was 5 years old (in the Spring of 1951)....... my first memory of Parda was as a mounted policeman in London, he would take me to the stables to see the horses, I seem to remember his white horse went by the name of Bubbles. Nana & Parda lived in a police flat in Tulse Hill, London, I remember staying with them there from time to time. I was told later in life that Parda adored me....I was the first grandchild & only granddaughter (they had only been able to have the one child (my dad) & had apparently longed for a little girl.) Nana & Parda also thought the world of my mum (Irene) & were a great support to her during the second world war when my dad was fighting overseas....I remember mum telling me the story of Parda appearing suddenly, when she & her mum were attending a WI meeting in Beckenham & very gently telling her that my dad had been wounded in battle & was being shipped home (he wanted to break the news to her gently before she received it officially.) I believe he was an artist (as was my dad) & remember many oil paintings hanging on the walls of the flat.

Parda retired from the metropolitan police at age 60 & became seriously ill a few weeks later, dad took me to see him in St Thomas's hospital in London a few day's before he died of phenomena in the spring of 1951........ I've always felt this was so sad, as this is an illness that can so easily be taken care of with antibiotics these day's.

posted 6 Oct 2009 by Helen (Mead) Seretis
Login to add a memory.
Is Jack your ancestor? Please don't go away! 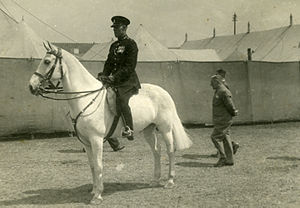 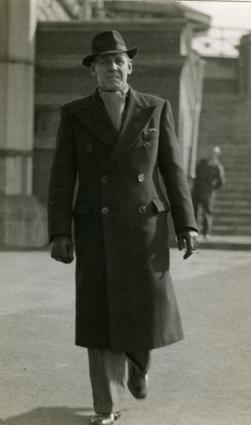 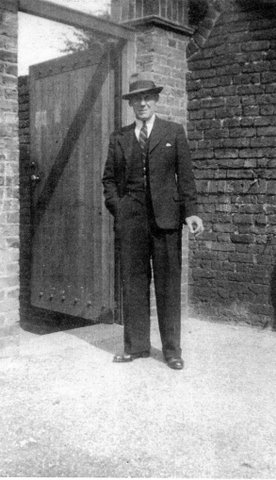 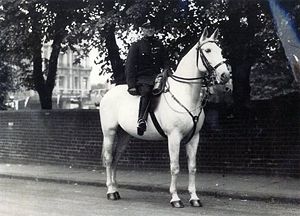 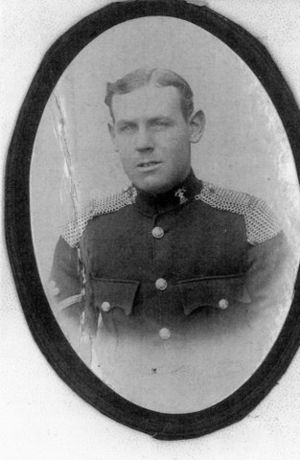